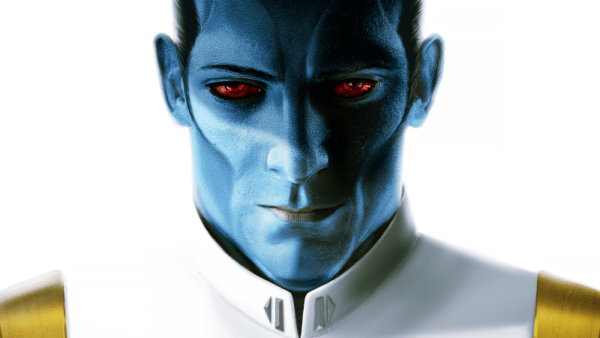 Going by the working title of Thrawn: Alliances, the new book will see the Grand Admiral joined by another iconic Star Wars villain in the Dark Lord of the Sith himself, Darth Vader. Although further details are being kept under wraps, Zahn did reveal that he’s already finished the book and turned it in last month.

Thrawn is back. And he's bringing Vader with him. Coming summer 2018. #Thrawn2 #BlackandBlue pic.twitter.com/hIw1dgRnyb

Look for Star Wars: Thrawn Alliances in 2018. Meanwhile, Thrawn fans can also look forward to the character’s return in the fourth and final season of Star Wars Rebels on Disney XD, while Marvel is set to publish a six-issue comic book adaptation of the Star Wars: Thrawn novel in early 2018.