While Justice League is the first feature film with DC’s biggest heroes coming together, it is not the first live action interpretation of the team’s formation. There was a 1997 Justice League of America TV movie that failed as a pilot, which is better left forgotten, and Smallville‘s interpretation of the team in the sixth season episode appropriately titled ‘Justice’. This was a pretty big moment for the Justice League and even bigger moment for Smallville; the series had dipped its toes in the wider world of the DC universe before, but this was the first time it embraced the collective future the group had in store. 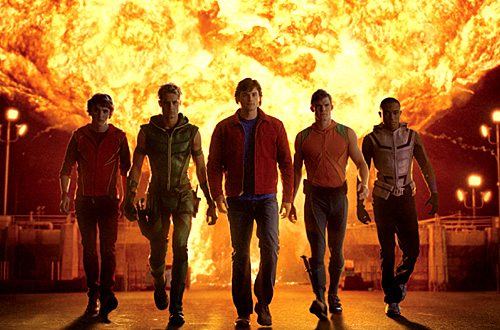 In the episode, Clark discovers Oliver Queen and some of the other heroes Clark previously met have united to take down Lex Luthor’s superhuman labs. They discovered Lex has been kidnapping and experimenting on meta-humans and people affected by Kryptonite in an attempt to create his own superhuman army to ‘protect’ the world. After Bart Allen, aka Impulse, gets taken by Lex, the team launches a rescue mission to save Bart and destroy Lex’s lab.

Smallville had always dealt with, no pun intended, small issues relating to meteor freaks wreaking havoc in the personal lives of Clark and his friends. As the show went on, it started veering more into superhero territory as Lex slipped further into darkness and Clark began embracing his destiny a little more each season. As I already mentioned, the series began using wider elements of the DC universe by introducing Flash, Aquaman and Cyborg in seasons 4 and 5 while Green Arrow was giving a recurring role in Season 6. ‘Justice’ bringing them all together was a highlight not just of the season, but of the whole series.

Green Arrow stood in as a bit of a replacement for Batman on the show. His influence helped build the team into what it was, even seeking Aquaman and Cyborg out on his own to recruit them for some good. This change was actually beneficial to Smallville as Clark and Oliver had a bit of a rivalry going over their individual methods and beliefs and over the course of the series grew into a deep friendship between the two. Tom Welling and Justin Hartley shared some good chemistry in their scenes together, particularly in this episode. That chemistry was strong due to the fact it was Hartley’s last episode as a recurring star until he was upgraded to a regular in season 8. 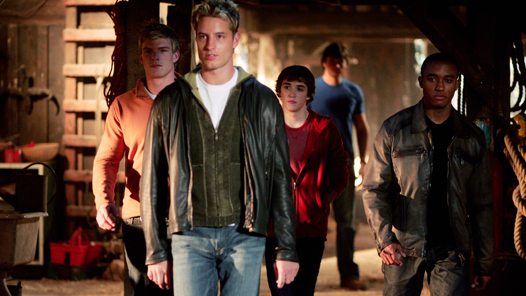 The other characters were used very well too. Aquaman, Cyborg and Impulse (he wasn’t known as Flash yet) had some cool moments and nice development since we last saw them. Their friendship with Clark seemed like they never left Smallville and it was nice to hear some of their own adventures between appearances. Cyborg in particular, played by the late Lee Thompson Young, had grown a lot by becoming more confident with his abilities and comfortable around others, such as his well written interplay with Aquaman.

While Smallville obviously didn’t have the big budget of a movie, its effects and action were still quite good. Impulse being forced to zoom around in one of Lex’s twisted experiments/punishments was one of the best effects, but it was great to see this proto-League band together to save Bart and Clark. A lot of emphasis was placed on the teamwork factor with Aquaman and Cyborg causing diversions while Oliver went after Lex. It was a pretty entertaining adventure that culminated in the cool shot at the top of this article of Clark and the others walking away from Lex’s lab as it blew up behind them.

Smallville even got to dive further into the DC universe a few years later in the Season 9 two-parter ‘Absolute Justice’, something of a semi-sequel to this. Clark, Lois, Oliver and the others discovered there was a similar group as themselves decades ago, calling themselves the Justice Society. The episodes – which were written by DC powerhouse and favourite Geoff Johns – saw the introduction of Hawkman, Stargirl and Doctor Fate as well as short cameos of Alan Scott’s Green Lantern and Jay Garrick’s Flash. It was a great couple of episodes that saw the generational divide between heroes and how they all were forced to come together to fight a common threat, paving the way to become one big team over the course of the last seasons. Seeing Hawkman and Doctor Fate in an accurate adaptation of their comic book costumes – something Smallville never completely did – was also one of the best aspects of these episodes. 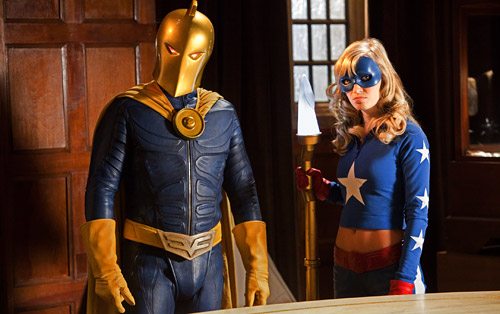 Smallville‘s ‘Justice’ is definitely one of the biggest highlights of the series for beginning Clark’s journey to a larger superhero community. He may not have been the leader, but it set him on a course to become the team’s leader by recognizing the need for a group of superpowered people to help protect the world from threats like Lex Luthor and his dangerous ambition. As we get closer to Justice League, ‘Justice’ and ‘Absolute Justice’ are definitely worth watching.