From the early-90s to mid-00s, DC fans were spoiled in the animated format thanks to the DC Animated Universe. Starting with the amazing and classic Batman: The Animated Series, DC and Warner Bros. Animation went through several animated series that all connected with each other, culminating with Justice League Unlimited. That series expanded on the previous series, Justice League, by growing the traditional seven member team to a much larger group featuring nearly 50 characters. 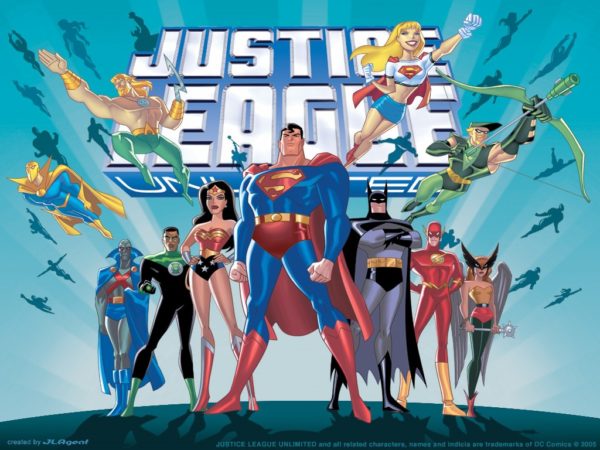 A lot of Justice League Unlimited tells self-contained stories following some of DC’s lesser known heroes, like The Huntress, The Question and Vixen, but the first two seasons still followed a large arc that built on elements from Justice League and Superman: The Animated Series known to fans as ‘The Cadmus Arc’. A secret government agency called Project Cadmas was founded to combat the Justice League should they ever go rogue with Amanda Waller and Lex Luthor leading the program. That might sound crazy, but the world had seen an evil version of the Justice League attempt to conquer the planet, a sleeper agent within the League, and Superman even being brainwashed by Darkseid to aid his invasion. Not to mention the Watchtower turns into a giant space laser hanging above Earth. It becomes even more complicated after they discover a possible future where Superman takes over the world after killing President Lex Luthor.

While the arc spans several episodes, the real draw is the four-part finale to the show’s second season. Starting with the episode ‘Question Authority’ and ending with ‘Divided We Fall’, the arc sees Lex put the final steps of his plan in motion as he kidnaps conspiracy detective The Question and frames the League for an attack against Cadmus. This turns the public and government largely against them, spurring Cadmus to retaliate while Luthor and Brainiac (who is hiding inside Luthor) attempt to take over the world and destroy Superman once and for all. 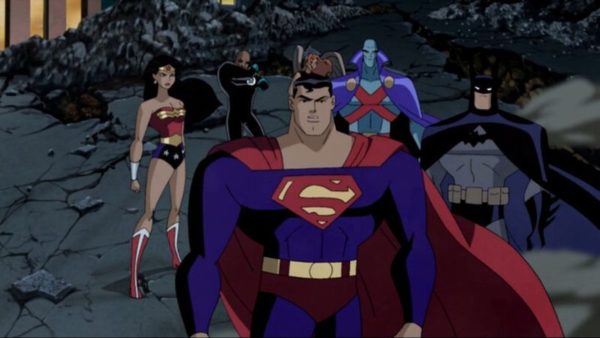 Though this story involves nearly all of the Justice League – including a pretty impressive animated battle between the League and Cadmus’ forces – the climax boils down to the original seven taking on a combined Luthor and Brainiac. Batman, Superman, Wonder Woman, Flash, Green Lantern, Martian Manhunter and Hawkgirl fight them while confronting their darkest demons, grappling with some harsh quasi-truths about themselves.

The Cadmus Arc is is an important part of the DC Animated Universe, particularly for Superman. Throughout Justice League Unlimited, Superman was confident in the League’s ability to protect the world and thought he was doing good. However, he misjudged just how much the common people were wary of the League’s growing power and influence. Even with Lois Lane relaying their worry, he brushed it off and said their actions were “for the people’s own good”. Superman’s development throughout the arc is one of the best things about it as he has to examine the responsibility and limits the League has, going so far as to believe he had to take the blame and disband the League.

This four-part arc was written by Justice League Unlimited‘s producer, the late and great Dwayne McDuffie, who really examined some serious issues here. There’s a whole debate between Superman, Green Arrow, Supergirl and Martian Manhunter about the legitimacy of fighting an apparent extension of the government, even one set against them, each of them with valid points. The Question gets a good, ahem, question into Superman after he says they’d never fight the government to which Question responds “Not even if Luthor was the government?” Its telling Superman doesn’t actually answer him. The arc deconstructs the nature of heroism and the abuses of power, yet at the end of the day McDuffie brings it back to a traditional superhero tale while still maintaining a focus on the more serious subject matter. 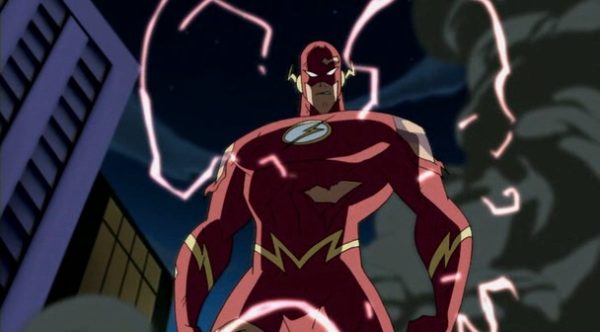 McDuffie also knows how to create some epic moments that stand out among the DC Animated Universe. Not only are there several huge animated and very well choreographed fights, but many of the heroes get their own moments to shine. Whether its Supergirl vs. her evil clone, Question taking on Lex or Green Arrow’s appeal to Superman at the end, there’s a lot of great imagery here. Among the best, though, is when we truly see how powerful Flash can be when he takes on Luthor/Brainiac by himself after the rest of the League was defeated. It was the moment that made me personally recognize just how powerful Flash could be while also emphasizing his role as the League’s heart and soul.

At the end of the day, the Cadmus Arc and ‘Divided We Fall’ specifically are among the best Justice League stories made. For a cartoon show, it examined some fairly deep themes while delivering great character development, stellar animation and epic superhero moments for Superman, Flash and the rest of the League. It also ended as many great Superman stories do: with Clark Kent and Lois Lane together at the Daily Planet, prepared to crank out their next story.