The Watchmen returned to the world of comic books today with the release of DC’s Doomsday Clock #1, and they’ll soon be making their return to the screen too, with Damon Lindelof currently hard at work on a small screen adaptation of Alan Moore and Dave Gibbons’ classic comic book series for HBO. 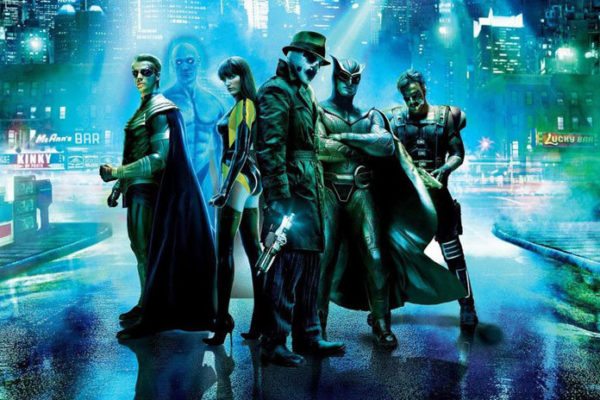 During an interview at Vulture Fest LA this past weekend, Lindelof has been chatting about what drew him to the project and how he feels it is relevant to today’s society.

“Watchmen – it was dangerous, and you can’t be dangerous for dangerous’ sake, but the reason that I’m doing this is these are dangerous times, and we need dangerous shows. What we think about superheroes is wrong. I love the Marvel movies and we saw Justice League this morning and I’m all for Wonder Woman and Batman and I grew up on these characters, but we should not trust people who put on masks and say that they are looking out for us. If you hide your face, you are up to no good.”

Lindelof also spoke about creator Alan Moore, who famously despises any attempts to adapt his material for the screen: “The greatest writer in the history of comics, maybe one of the greatest writers of all time – and he most certainly doesn’t want us to be doing this and we’re trying to find a way to do it that honors him… That comic was written in the mid-80s. It is more timely now, in 2018, 2019, whenever the show airs, if it airs, that it needs to be told. For a superhero junkie, I’ve never done a superhero movie or a superhero TV show, and now is the time.'”

Are you excited about Lindelof’s take on Watchmen? Let us know your thoughts in the comments below…