Specialists in digital board game adaptations, Asmodee Digital, have partnered up with DUJARDIN to release legendary French board game Mille Bornes onto Android and iOS devices and Steam.  The Mille Bornes board game was first released in 1954 and sees players compete against each other in their cars.  Watch the game’s launch trailer below… 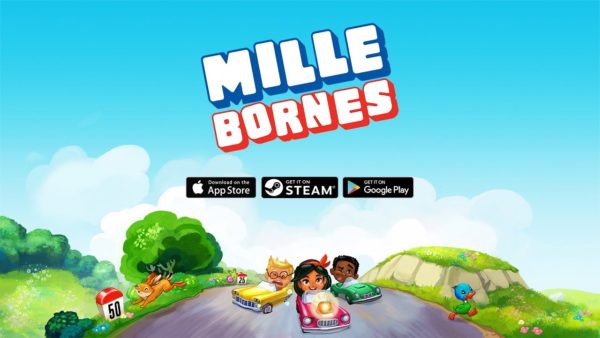 As with the original board game, the digital Mille Bornes sees up to 4 players compete in a race to reach 1,000 miles to win.  Players will be issued with Distance cards which can be used to advance, and Hazard cards which are used to slow down your opponents and prevent your opponent using dirty tricks on you.  This digital version includes a set of cards that contain alternate rules to help add a bit of variety.  As well as these new cards the game will also include new courses like ‘In the countryside’ and ‘Through the desert’.

Mille Bornes is available now on Steam, Android and iOS.