LEGO and Marvel fans get your gaming heads ready for the release of LEGO Marvel Super Heroes 2 on the Xbox One, Playstation 4 and PC this Friday, 17th November (Nintendo Switch players will get to play on the 1st December).  To celebrate the upcoming release a new launch trailer has been released and can be seen below… 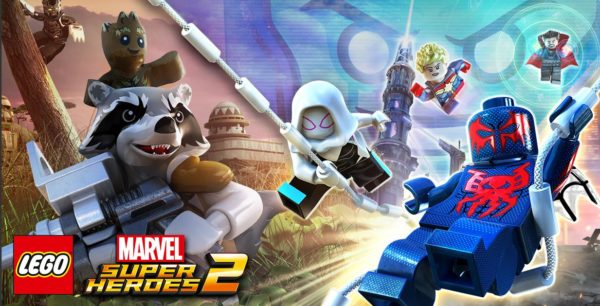 LEGO Marvel Super Heroes 2 takes players to the game’s hub world of Chronopolis where all iconic Marvel hero locations merge into one place for players to explore.  Chronopolis will allow players to wander around many of the locations from the Marvel universe such as Thor’s Asgard, the Wakandan jungle, ancient Egyptian pyramids, the deep space base of Knowhere, the Coliseum, the Hydra Empire, K’un-lun, Lemuria, Medieval England, Noir New York, Nueva York, the Old West and The Swamp.

Developed by the wonderful people at Tt Games, LEGO Marvel Super Heroes 2 continues the brilliant humour that can only be found in LEGO games.

“Packed with signature LEGO® humour, LEGO® Marvel Super Heroes 2 delivers a huge, intergalactic saga that spans the Marvel Universe,” said Tom Stone, Managing Director, TT Games Publishing. “The game introduces new features and an incredibly large open world for players to roam and explore, from the mythical land of Asgard to the deep space base of Knowhere and many more imaginative settings.”

LEGO Marvel Super Heroes 2 will be available for the Xbox One, Playstation 4 and PC this Friday.