Disney has found its actress to play the title role in the live action adaptation of Mulan. The Hollywood Reporter has confirmed The Chinese Widow’s Liu Yifei, also known as Crystal Lui, has been chosen to portray Mulan.

Mulan is based on a Chinese legend about Hua Mulan, a young female warrior who disguises herself as a man in order to join the Chinese military, taking the place of her aging father, to protect her country from the threats they face. Disney previously adapted the legend into the 1998 animated film of the same name starring Ming-Na Wen, Eddie Murphy, B.D. Wong and Miguel Ferrer.

Disney searched through five continents and over 1000 candidates for the role of Mulan before deciding on Yifei. Disney was looking for a Chinese actress who could speak fluent English and requires experience with martial arts for the role. Yifei has worked on numerous projects in the last decade with big names such as Jackie Chan, Jet Li, Nicolas Cage and recently Emile Hirsh. In China, she is a popular actress with the public nickname ‘The Fairy Sister’. 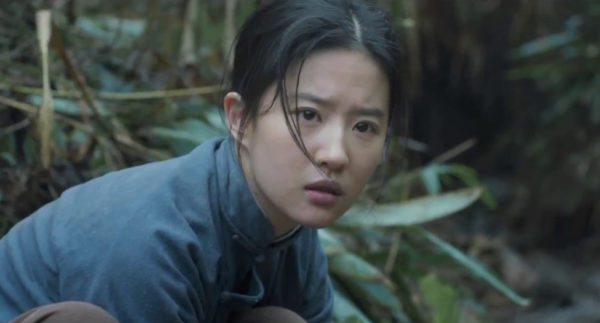 Mulan is being written by Lauren Hynek and Elizabeth Martin, with Niki Caro directing. Meanwhile, Disney is also working on other live action adaptations of their classic animated films with Jon Favreau’s The Lion King coming out next year and Tim Burton’s Dumbo entering production soon. Other films on Disney’s wish list include Maleficent 2, The Jungle Book 2 and The Little Mermaid.