Dark is the first German Netflix original series, but if you read the synopsis, you might argue over the validity of the word ‘original’. There are a group of bike riding kids, who all go to the same high school in their small woodland community, at the heart of which looms a power station, surrounded by a wire fence that hides its secrets. Oh, and children are going missing. So far, so Stranger Things, but rest assured that Dark is so much more than Fremde Dinge, in fact, it should become your new favourite TV show. 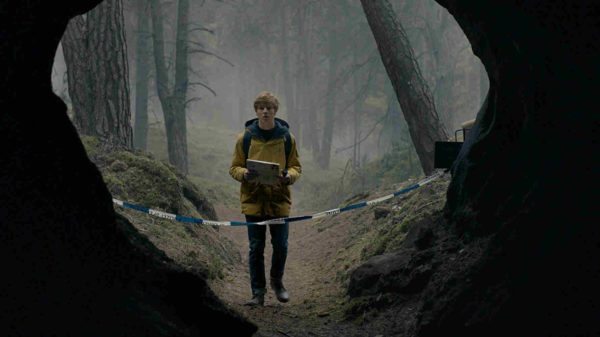 With all the pieces in place for mystery-box suspense, Dark weaves the tangled web tale of interconnected families across this small German town. Whether that is by blood, adultery, secrets from the past that are yet to be revealed in the first three episodes, or time travel, there’s enough intrigue to make peering into the dark a worthwhile exercise.

The element of surprise is key to your enjoyment here, that and the terrific, burgeoning sense of doom soundtrack by Ben Frost, so the less you know, the better.

What can be revealed about Baran bo Odar (director of 2017’s Jamie Foxx vehicle Sleepless), and Jante Friese’s Grimm creation are the bare bones upon which the mystery is hung.

Via a series of mantelpiece or workplace framed photographs, we’re introduced to the townspeople; a newly widowed family, a detective investigator in an area without crime, his wife, the school headmistress, conducting her town meetings with disgruntled inhabitants, one of whom runs the local hotel, which is suffering diminishing returns. All of this is set against the backdrop of a missing child, which permeates the narrative thread of each character. 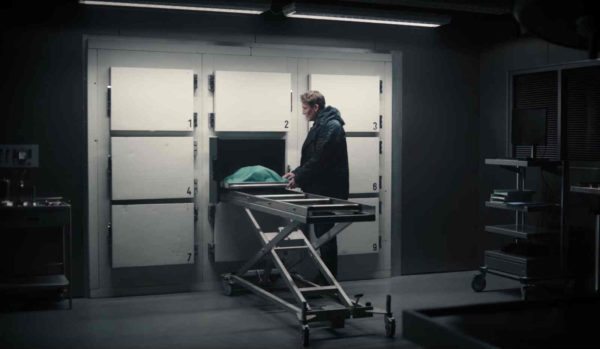 We spend most of our time with the kids. There’s the introverted Jonas, who prompts whispers and glances from his peers, the cigarette chomping cool guy, Magnus, his level-headed sister Martha, their magic obsessed younger brother Mikkel, and the privileged Bartosz. Together they head into the woods to find the drug stash of the missing boy, only to trigger a series of mind and life scrambling events that will shape their past, present, and future.

As much as Stranger Things, with which comparisons are unavoidable, wore its influences proudly on its sleeve, Dark does the same, but in a much more subtle way. It feels like it shares similar DNA with J.J. Abrams underrated Fringe, which dealt with the same kind of pseudo-science grounded in reality that circles the periphery of these opening episodes. It also has an absolutely fantastic retro soundtrack, featuring some catchy europop, as well as familiar VH1 classics.

The ensemble is uniformly excellent, even if the initial run only scratches the surface of their characters. Daan Lennard Liebrenz, as the skeleton outfitted Mikkel , threatens to grow into the series MVP as the narrative focuses upon him, while Oliver Masucci,  playing the weight-of-the-world detective and father, is immediately engaging. Each feels a step above the usual TV archetypes, and instant character empathy is as much a reason to continue watching as finding out what waits behind the door. We’ve said too much. 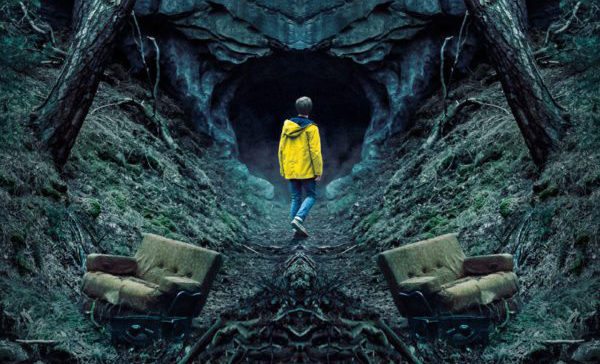 Dark is scary, superior television, destined to be binge watched with the curtains closed when all episodes land on Netflix December 1st.