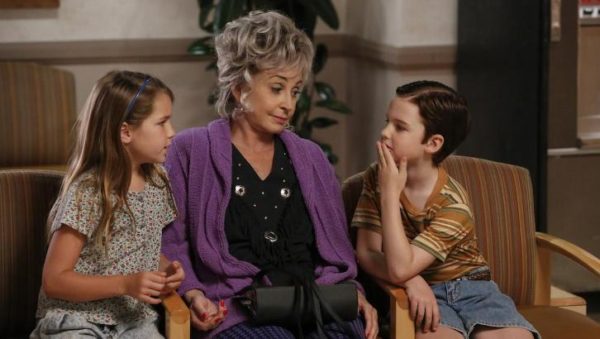 Annie Potts inhabits the mythical Mee Maw of Sheldon’s childhood with style. Introduced as a fun loving, free spirited older woman this grandmother is not to be messed with. Babysitting in the loosest sense while Sheldon, George and Missy are let off the chain to run wild. This Mee Maw is the stuff of legend and everything grandparents should be. Non-judgemental, unflinchingly supportive with a hint of benevolent mischief thrown in for good measure. That is what Potts manages to encapsulate in this compact episode of Sheldon’s Wonder Years.

As noted last week Young Sheldon does not go down the conventional route of conflict resolution, but rather peppers each show with life lessons. Armitage, Zoe Perry and Lance Barber still hold centre stage but the small town nostalgia purposely colours every moment. There are callbacks to Big Bang threads but ultimately the casting is what makes things shine. Alongside moments which illuminate Sheldon’s intellect while challenging ideas of religion versus science and letting everyday life play out. 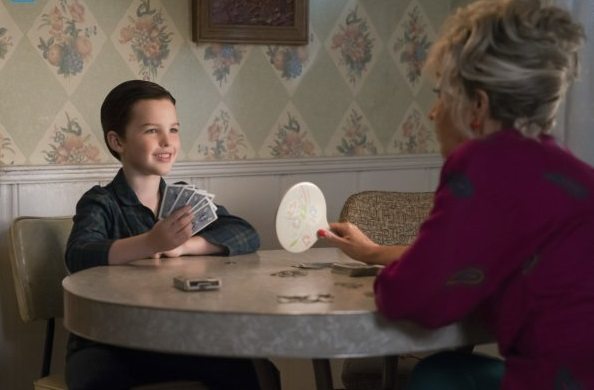 Laurie Metcalf’s daughter Zoe has taken a leaf from mum and quickly established her character, providing good natured guidance and a firm hand when it comes to raising this child genius. Armitage also continues to skate the thin line between obnoxious and inquisitive without once losing audience sympathies. That very few things happen in the twenty odd minutes and we remain engaged is testament to the writing behind this show. Certain points are hit each week which move things along yet do little more than expand slightly on what came before.

More and more Young Sheldon is developing into a slow burn rites of passage series both grounded by voice over and trading on nostalgia. Whether accurate or not this working class child genius genesis show has become the perfect companion for its mature counterpart. Also by tagging it onto the front of The Big Bang Theory each week it is fast becoming an extremely successful spin. What we have then is a group of three dimensional characters in which moments from their day are cherry picked and put together, played as an honest ensemble and something in which people clearly have fun. There are moments of seriousness to balance out the fragmented nature, but ultimately it comes back to Armitage and Parsons both in person and voice over really tying things together.