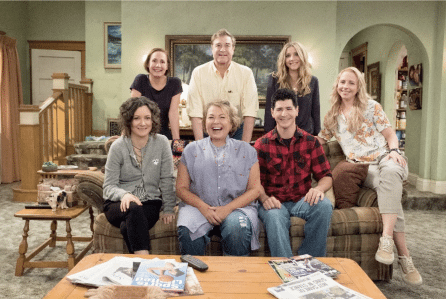 In deciding to bring back the original cast for the upcoming Roseanne revival, the producers were faced with one small problem – the fact that two different actresses, Alicia Goranson and Sarah Chalke – both portrayed the character of Becky at different points in the beloved sitcom’s original run.

It was subsequently announced that both actresses would be appearing in the show, with Goranson returning as Becky and Chalke taking on the role of an entirely new character, and now it has been revealed by EW that Chalke is set to play Andrea, a middle-class married woman who hires Becky as her surrogate.

“I love the part! It’s such a fun part to play,” said Chalke. “I was so excited to hear that it was coming back. I think the timing is perfect. I think it’s exactly what is needed right now. Right now when the country is so divided, I really think it’s a show that brings people together. The writing is so unbelievable. It’s so funny.”