Victor Hugo’s Les Misérables is one of the most well known and adapted stories, being turned into a hit play and numerous adaptations on the big and small screen, the most recent of which was the 2012 feature film starring Hugh Jackman and Anne Hathaway. Now it is getting another adaptation on the BBC as a six-part miniseries.

Les Misérables follows Jean Valjean, a convicted felon who was sent to jail for stealing a loaf of bread for his family. Upon his release Valjean takes on a new name to hide his past crimes, but is ruthlessly hunted by Inspector Javert. After meeting a young woman named Fantine who lives in destitute, being forced to send her daughter Cossette away, Valjean’s life is forever changed as he looks to take care of Cosette while France is still reeling from the ramifications of the French Revolution.

The BBC has already cast much of its large ensemble. Dominic West (The Wire) will star as Jean Valjean, David Oyelowo (Selma) as Javert and Lily Collins (To The Bone) as Fantine. Playing Fantine’s daughter is Ellie Bamber (Nocturnal Animals), while Adeel Akhtar and Olivia Colman will portray the corrupt innkeepers and Cosette’s guardians Monsieur and Madame Thénardier. Josh O’Connor has been casted as Marius, a young revolutionarie who falls in love with Cosette and Erin Kellyman as Éponine, the Thénardier’s daughter. 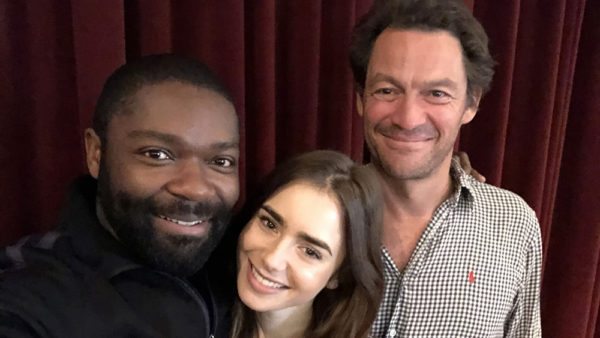 The miniseries will be written by Andrew Davies (War & Peace) and is a co-production between the BBC and Lookout Point. The six episodes will be produced by Chris Carey and directed by Tom Shankland. Serving as executive producers for the series are Davies, Faith Penhale for Lookout Point, Bethan Jones for BBC Studios, Mona Qureshi for BBC One and Rebecca Eaton for Masterpiece. Alongside their roles within the series, West and Oyelowo will also be executive producers.

Filming begins next month in Belgium and France.