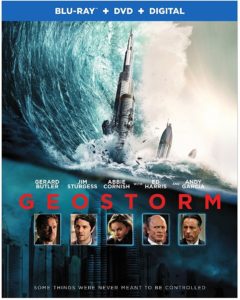 When the network of satellites designed to control the global climate start to attack Earth, it’s a race against the clock to uncover the real threat before a worldwide geostorm wipes out everything and everyone.

Bad movies can be many things. Even if they’re considered ‘bad’ by critics or audiences, they can still find their audience. A bad movie can be a guilty pleasure, it can still be funny or it can somehow be so bad its good.

Geostorm is not one of those movies. It is mostly just a bad movie. It has some mildly entertaining set pieces, but does not deliver on its premise of a worldwide natural disaster. Instead, Geostorm tries to mix in much more than just the disaster genre and rather than be a fun, silly suspense movie with a massive amount of destruction, it plods along at a slow pace and when it does come to the disasters, it doesn’t even deliver on them.

Geostorm sees the world reeling from an increase in storms and their intensity across the globe. Humanity comes together to “fight back” as the movie says by creating a system of satellites to control the weather. When the satellites begin malfunctioning, it’s up to the satellite’s creator Jake Lawson (Butler) to fix it while uncovering a dangerous conspiracy that reaches the highest levels of government. 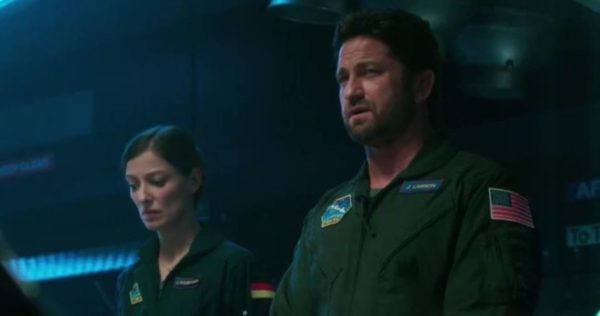 The film tries to be part political intrigue/conspiracy and part disaster movie, but fails on both counts. The political part of the plot, led mostly by Jim Sturgess, drags the story down because it’s not really intriguing. It’s fairly predictable and doesn’t take long too guess who or what is behind the satellite’s malfunctions. It even tries putting in a romance between Sturgess and Abbie Cornish’s Secret Service agent, but even that falls flat and doesn’t end up adding much to the film. It’s a further shame considering Andy Garcia and Ed Harris, two very strong actors, are central to the political storyline yet even they can’t elevate the film.

When it comes to the disaster portion of the film, it comes very short. To its credit, Geostorm does try to do something new with its sequences, such as an intense lightning storm in the heart or Orlando or Moscow getting burned by powerful heat waves. One cool looking sequence even involves the air becoming so cold it freezes a passenger plane which smashes like ice once it hits the ground.

However, Geostorm doesn’t push the boundaries enough and mostly delivers standard disaster fare. Apart from the two aforementioned scenes, there’s not much that really separates Geostorm from other disaster movies like 2012 or San Andreas. It also doesn’t help that it takes way too long for the disasters to really kick in; there’s a couple small disasters to get the story going, but the real ‘geostorm’ disaster doesn’t actually happen until the third act. By then its too little too late to re-energize the movie and does very little to differentiate it from its peers. 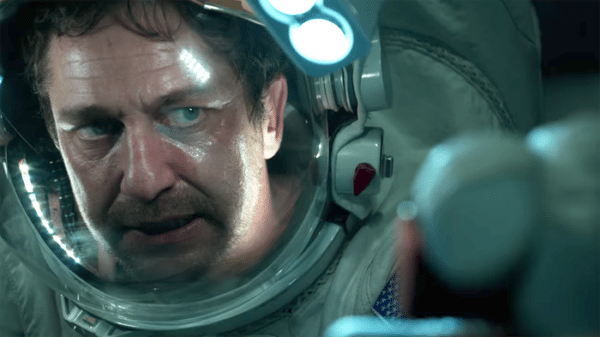 The Blu-ray doesn’t do much to add to the film, either. The special features included add some insight into the making of the film, but they are far too far and too short to really delve into the movie or make much of it redeeming. They are:

Wreaking Havoc (6 min): A look into how they made the natural disasters seen in the film. Part of this feature is cool, such as how they discuss taking regular natural disasters we’ve already seen and just amping them up. However, they don’t go into a whole lot of depth about how the made them or the visual effects involved. There’s some insight, but not much at all.

Search for Answers (4 min): Director Dean Devlin and his production team recount how they came up for the idea of this film, revealing it actually came from a conversation about climate change Devlin had with his young daughter. There’s a bit more discussion on how the movie’s story came together and some of Devlin’s thoughts on production and writing are nice, including some of their thoughts on global warming and climate change, but again there’s not too much to be found beyond that.

An International Event (6 min): Despite the previous feature focusing on how they created the natural disasters, this might actually be the most interesting feature on the Blu-ray. It discusses the international cast they assembled for the film and how they wanted Geostorm to appeal to everyone. It’s interesting to see the choices they made in this feature. 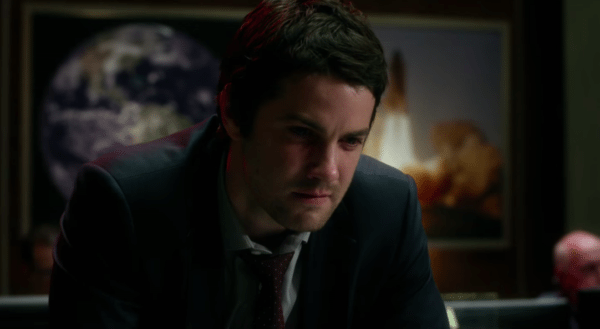 Geostorm is a bad movie, but not in the way that’s still entertaining and fun to watch. Its slow and the cast doesn’t elevate the story despite their star power. It also doesn’t do enough to push the boundaries of a disaster movie, still making fairly ordinary disaster sequences. The Blu-ray special features don’t do much either, unfortunately, despite the abundance of effects used. Geostorm ultimately wastes its potential and can’t decide between being a political mystery or full-out disaster adventure.