Actress Juno Temple was in London today to reveal the nominations for the EE Rising Star Award at the BAFTAs. She appeared on stage with jury member Edith Bowman to announce the five actors who will be eligible for the award she won in 2013.

The public will now vote on the shortlist of young performers, which includes Daniel Kaluuya (Get Out), Timothée Chalamet (Call Me By Your Name), Josh O’Connor (God’s Own Country), Florence Pugh (Lady Macbeth) and Tessa Thompson (Thor: Ragnarok). The lucky winner will be announced as part of the glitzy BAFTAs ceremony on February 18.

Temple took the time to sit down with Flickering Myth after the nominees were announced at BAFTA HQ.

First of all, what’s it like to be back at BAFTA after you won the EE Rising Star Award in 2013?

It’s pretty damn cool to be back. I am really honoured they’ve asked me to come back and announce the nominees and also, what a list! They are all people I would like to work with, please.

Is that a message to all of the casting directors?

You won’t answer this, but who do you think should win?

I think it’s pretty much a free-for-all. Each one of them truly deserves it and each one truly deserves to be up there. I cannot wait to see what they do with their future careers. They’re just going to keep on wowing us. It’s a really amazing group of young actors.

What has it meant for you to win?

It’s such an incredible encouragement. First and foremost, you get the nomination from BAFTA, which is in itself such a great honour. Also, it’s from a panel of people who are actors you admire, directors you admire and casting directors you hope will, fingers crossed, cast you in something. It’s an incredible group of people within the industry voting for the nominees and then the fact it opens up to the British public and fans of film to vote for the performances, is such an honour. It really is an encouragement for people to be told we love what they’re doing and we’re excited to see them do more.

One of the things that stands out on this list is that these actors have taken risks and stepped out of their comfort zone. You’re no stranger to that, with films like Killer Joe. How important is that in terms of being nominated?

It’s about being true to yourself. These actors obviously gave such extraordinary portrayals of each character they were playing because they were fearless with these parts. I think there is something to just throwing yourself in at the deep end and really being fearless with a part. Whatever you sign up to, know what the challenges are going to be and be ready for them. Don’t question them on the day; just go for it. I think you get exhilaration and learning from that and it’s important to step out of your comfort zone in this job. 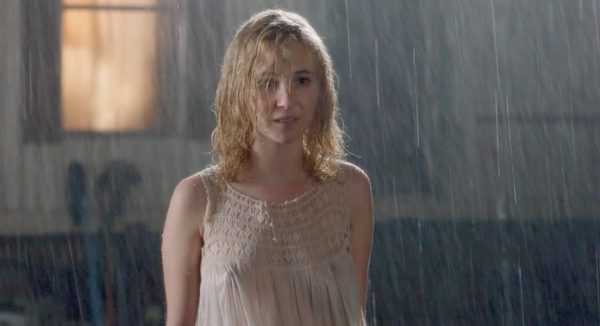 Speaking of that, you’ve just worked with Woody Allen on Wonder Wheel. What was that like?

Working with Woody Allen was a learning experience through and through. It’s always an amazing thing when you work with a writer-director, because you’re so nervous about the dialogue. I think Woody Allen has such a specific way of writing dialogue, which is very musical, because he’s a musician.

When you’re rehearsing the scenes and something doesn’t quite work, he immediately goes to ‘what the hell have I written?’ I believe he said to Kate Winslet one day: ‘How am I going to direct you out of this hole I wrote you into?’ It’s amazing that he goes straight into his writing, not the fact that actually we all might be fucking up.

It was an amazing process and it was a learning process too in the sense that I’ve never really challenged myself to dialogue like that before. Shooting Wonder Wheel was very much like performing a play. It was all these really long scenes that were choreographed like a dance, where we’d rehearse in the morning until we got them down. If you slightly step over your mark, the whole scene is screwed, so you’re literally terrified and you’re nervous because you’re working with a director who has been inspiring people to make films in front of and behind the camera for generations.

I was very lucky that I had Kate Winslet. She was our ringleader and she was just extraordinary to work with. She never showed an ounce of fear, even though I know she was terrified. She really took me under her wing and helped me a lot, because I was nervous.

How important is it, in general, to have someone like that on a set?

She inspired me at age 13 with her performance in Heavenly Creatures. I was just in awe. It’s amazing when someone like that, who you have been admiring for a long time, decides to help you out, calm your nerves and even give you advice. It’s a really special thing to have a mentor like that on set and I hope I can pass some advice down one day. 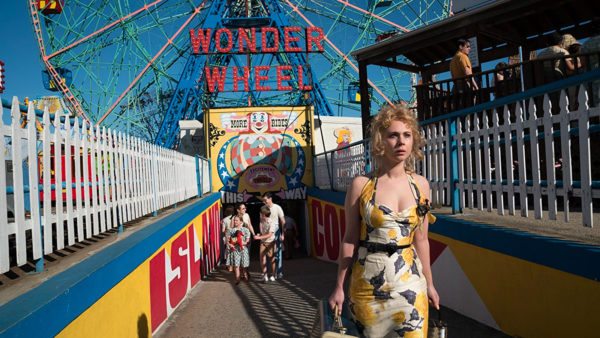 Obviously you’ve got Wonder Wheel coming up very soon, but what else is on the radar?

I have got a film called Unsane coming out, which is a Steven Soderbergh movie starring Claire Foy, which is really exciting. Claire Foy is just fantastic and Soderbergh obviously goes without saying.

From Woody Allen to Soderbergh!

Exactly, yeah! He’s an amazing filmmaker in the sense that he keeps just breaking rules and finding new ways to create a medium of film that we’re not used to. I’m so not allowed to talk about anything, but watch that space.

I’ve also got an episode of Electric Dreams for Amazon. Each episode is its own mini-film and each episode is based on a Philip K Dick short story, so it’s all sci-fi stuff, which was completely new for me. It was amazing to start reading about AI and how human they can make them nowadays and how I felt about that was quite overwhelming, so that was exciting to be a part of.

I have a few other things lined up for this year that, fingers crossed, will keep going. So bring it on 2018 and I’m really excited to see what these guys on the shortlist do as well.

Thank you very much for your time, Juno Temple!