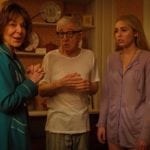 Almost a year on from principal photography, it seems that Woody Allen’s latest film A Rainy Day in New York may not see the light of day, with distributors Amazon responding to rumours that the film has been shelved indefinitely by stating that: “No release date has ever been set.” The statement followed a report […]

Call Me By Your Name actor Timothée Chalamet has publicly disavowed Woody Allen over long-running allegations of sexual abuse, donating his salary from Allen film A Rainy Day in New York to charity. In a statement on his Instagram page, Chalamet said he would donate the money to the Time’s Up movement against sexual harassment, […]

Tom Beasley sits down with former BAFTA Rising Star Award winner Juno Temple to discuss this year’s crop of nominees… Actress Juno Temple was in London today to reveal the nominations for the EE Rising Star Award at the BAFTAs. She appeared on stage with jury member Edith Bowman to announce the five actors who […] 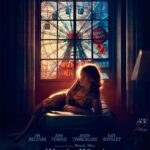 Wonder Wheel, 2017. Written and Directed by Woody Allen. Starring Kate Winslet, Juno Temple, Justin Timberlake, Jim Belushi, Max Casella, Jack Gore, and David Krumholtz. SYNOPSIS: On Coney Island in the 1950s, a lifeguard tells the story of a middle-aged carousel operator and his beleaguered wife. Say what you will about Wonder Wheel (the latest […] 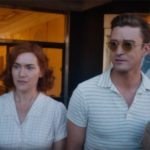 Jude law has joined Elle Fanning and Selena Gomez in the cast of Woody Allen’s new film. Keeping up his tradition of casting the biggest names in Hollywood in his pictures, Woody Allen has managed to lure Jude Law into his yet-to-be-titled new movie. This will be the third project that Allen directs for Amazon […]

The Tracking Board is reporting that Woody Allen has offered Elle Fanning (The Beguiled) and Timothee Chalamet (Miss Stevens) two of the three lead roles in his next film, the plot of which remains tightly under wraps. Chalamet has been earning rave reviews for his role in the Sundance drama Call me By Your Name, […]

Thanks to The Playlist, we’ve got a look at the first two images from Wonder Wheel, the latest film from Woody Allen, which features Kate Winslet and Justin Timberlake. Take a look here… Plot details are being kept under wraps, but we do know that the film is set in the late 1950s at an […]

Wonder Wheel, the next film by legendary director Woody Allen, has received a December release date. Wonder Wheel is a drama set in 1950’s Coney Island and stars Kate Winslet and Justin Timberlake. The film will debut right at the heart of awards season on December 1st, and will be distributed by Amazon Studios. Amazon […]