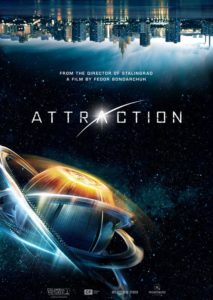 After an alien ship crash lands onto a Russian city, many who saw it and the occupants start to question their own existence while there are those who demand the aliens leave Earth. 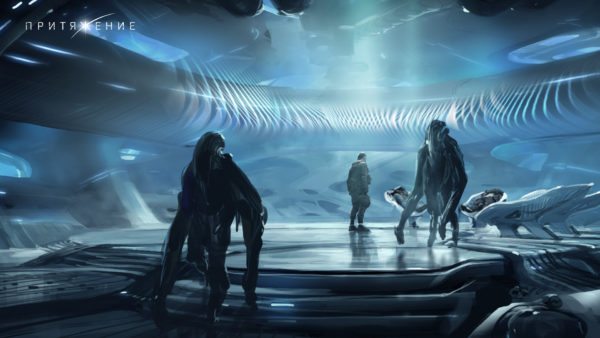 Russian cinema has been the source of some of the greatest science fiction films ever created, from Tarkovsky’s Solaris to Pavel Klushantsev’s Planeta Bur. Whether it’s because of their country’s brutal history or strained political atmosphere, Russian filmmakers tend to have an instinctual knowledge on how to explore the human condition.

Next to these giants, Fedor Bondarchuk’s Attraction falls short, despite starting with an interesting premise: the Russian military shooting down an alien spacecraft and quarantining the impact area from the public to let the extra terrestrials do repairs in peace. Too often in first contact movies there is an outright antagonistic relationship between the armed forces and the foreign species, even in deeper films like District 9 and Arrival.

That’s not to say there is no hatred at all. The ship’s crashing causes massive infrastructure damage that, according to news reports, kills around 200 people and wounds over 500 more. Anger and resentment build up in the populace, and there was a good opportunity here to explore how the media and citizens often look for a scapegoat for their government’s actions. But the writers chose to take a more hackneyed path that I will get to momentarily. In fact, a recurring disappointment in Attraction is the decision to ignore groundbreaking sociopolitical themes in favor of well-worn storytelling tropes. 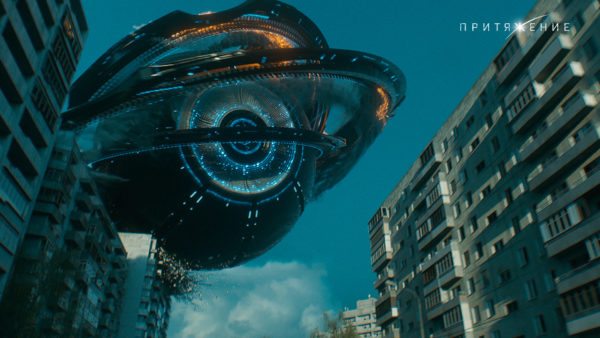 One of these irate humans is main protagonist Yulya Lebedeva, who loses a loved one in the destruction and decides to get revenge. Teaming up with her boyfriend Artyom and his rebellious friends, they sneak into the fenced-in compound only for Yulya to get separated. Certain events happen that I won’t spoil, but they culminate in Yulya meeting and befriending one of these aliens called Hekon, who happens to look like a real human. Yulya is then faced with the decision of whether or not to help him get back to his shuttle, while her military father Colonel Lebedev oversees Russian military operations.

Regardless of my feelings about how the story plays out, the first thing readers should know is just how gorgeous the movie looks. Mikhail Khasaya, the director of photography, casts every shot with a blueish twilight tint that not only gives us a sense of the cold climate, but also of the desperation the people feel in these times. Fear is high, anxiety is present, and the only thing needed to burn down the community mentality is a small spark.

But Attraction’s beauty extends beyond the lighting to the mise-en-scène as a whole. The production design is top notch, from the dust-cloaked cars to the urbicidal debris to the floating particles in the air. Even if someone missed the beginning of the film, I’m confident they would be able to get a real sense that something disastrous happened courtesy of how broken-down and post-apocalyptic everything looks.

However, as I have said in the past, the quality of a flick’s sets and visual effects does not matter if the screenplay is underwhelming. It is a strong story and characters that audiences get invested in, and when a film fails to supplement either it makes the other aspects live up to nothing but wasted potential. 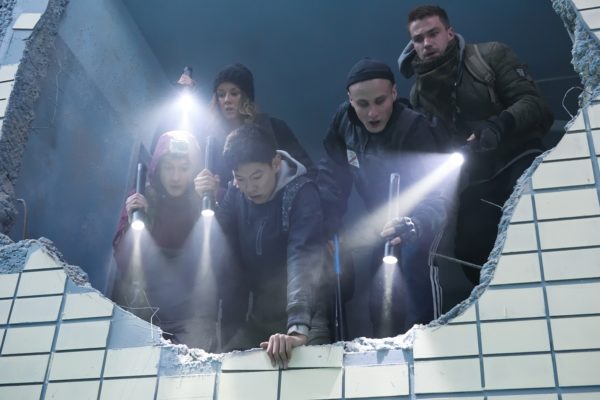 Such is the case with Attraction, where screenwriters Andrey Zolotaryov and Oleg Malovichko settle for pure banality via plot coincidences and underdeveloped character motivations. For example, one of the recurring conflicts in the movie is the tension between Yulya and her father. However, no official reason is given to what caused it. We’re told that the Colonel prevented Yulya from seeing her dying mother in the hospital, but in that same scene it’s disclosed that they had the same communication problems before that event. And considering this father-daughter fight continues to prop up right into the climax, I cannot toss it aside as a nascent plot thread.

That lack of development extends to other characters and their individual arcs like Artyom, Hekon, and Yulya, with the latter two being subjected to some of the worst writing cliches courtesy of a misguided romance story. To delve into anything deep, especially the coincidences, would be extreme spoiler territory, but keep them in mind as they heavily factor into the narrative.

Attraction’s biggest let-down, though comes from the fact that its director Bondarchuk clearly had higher aspirations when making the movie. In an interview, he is quoted as saying “Believe me, [Attraction]….is a worldwide story. It is not about our Russian problem. It’s about the theme of the immigrant – different people, different colour of skin, different sexual orientation, different religion. Let’s try to hear each other. This is the main message for me as a director.” And indeed, those themes of tolerance are naturally integrated alongside others like immortality, environmentalism, xenophobia, class warfare, and life and death. It’s rare when a movie is able to do all this, but also too common for a movie to drop the ball on its interesting premise. 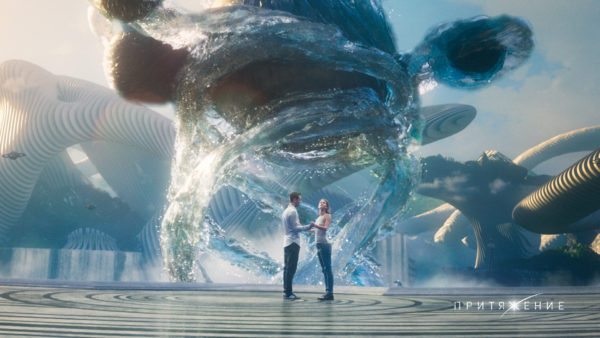 He and his fine cast deserved better.