A new trailer and poster have arrived online for the upcoming thriller Beirut. Directed by Brad Anderson, the film sees Jon Hamm and Rosamund Pike leading a cast that also includes Dean Norris, Larry Pine, and Shea Whigham; check them out here… 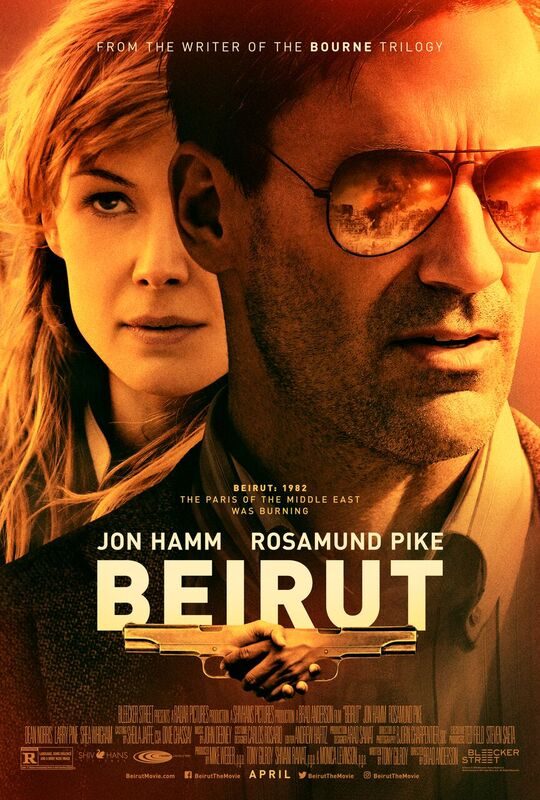 A U.S. diplomat (Jon Hamm) flees Lebanon in 1972 after a tragic incident at his home. Ten years later, he is called back to war-torn Beirut by CIA operatives (Rosamund Pike) to negotiate for the life of a friend he left behind.

Beirut is set for release on April 13th.