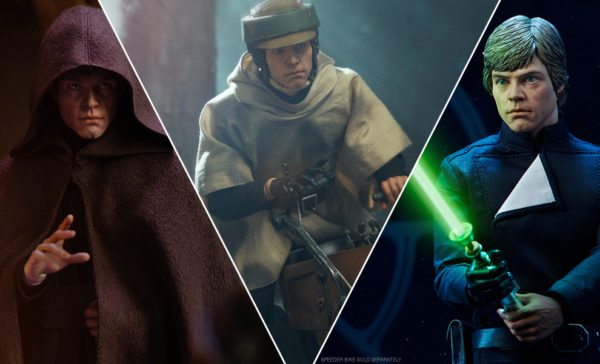 Sideshow has unveiled a batch of promotional images for its 1/6th scale Luke Skywalker Deluxe figure which is based on the likeness of Mark Hamill in Star Wars: Episode VI – Return of the Jedi. The collectible is available to pre-order now, priced at $235.00; check it out here… 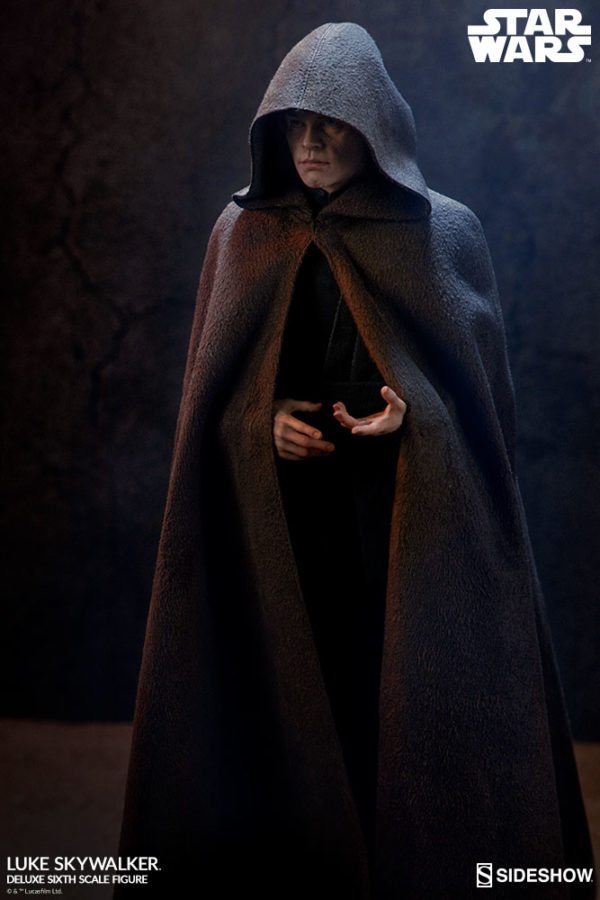 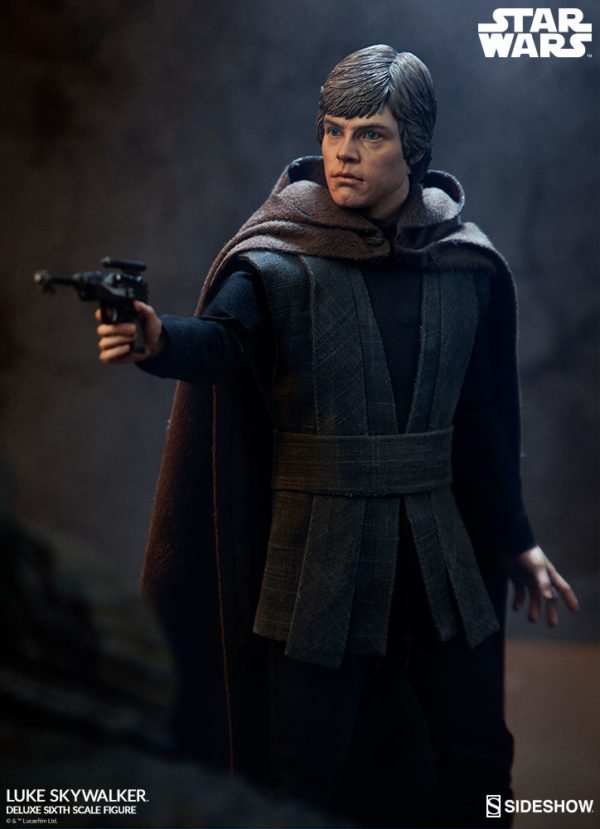 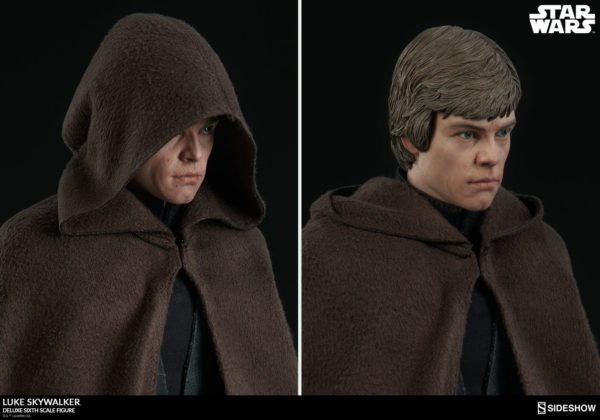 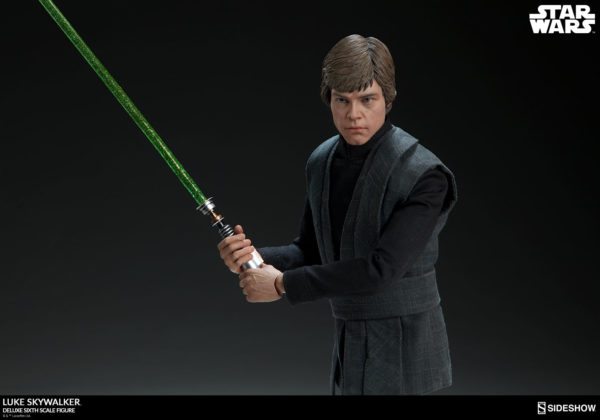 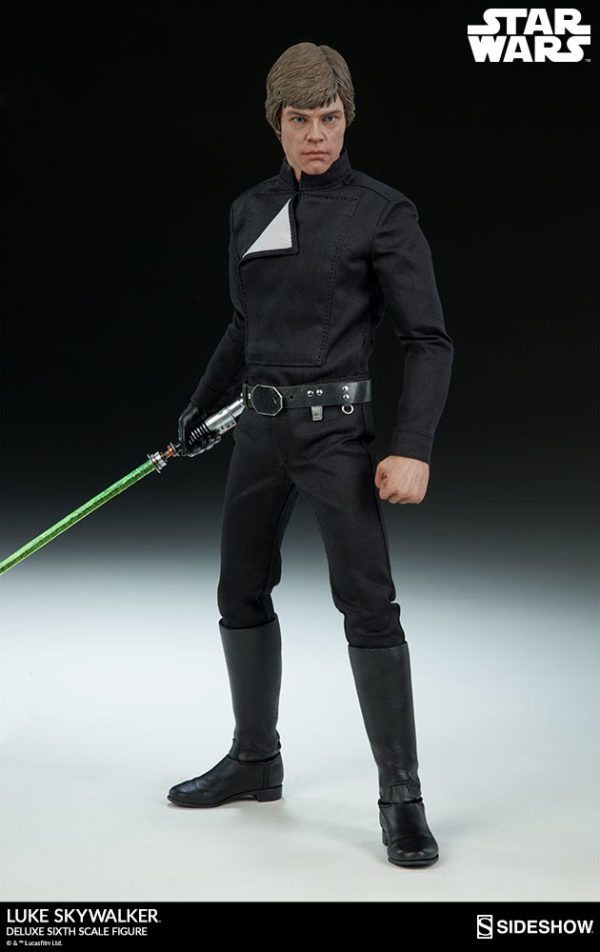 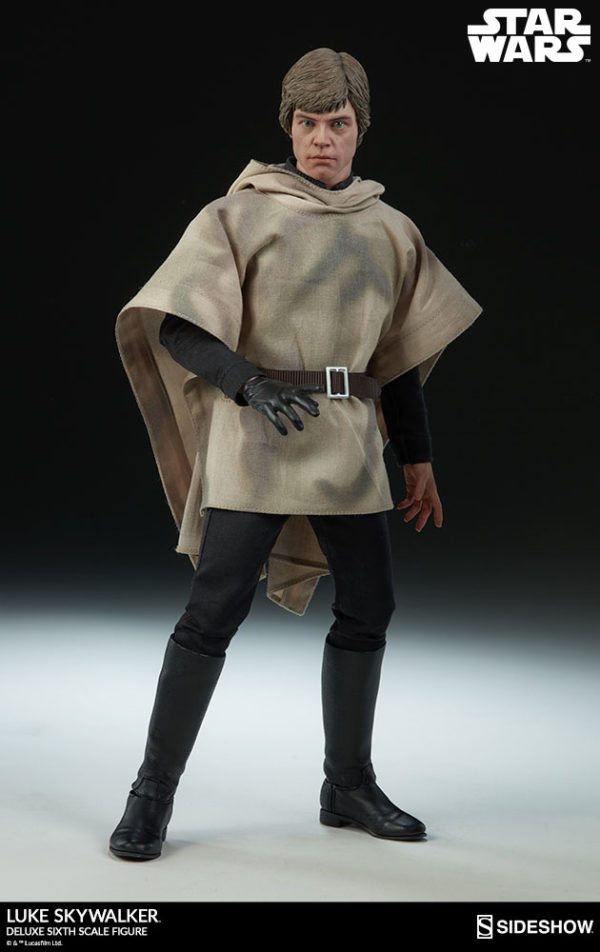 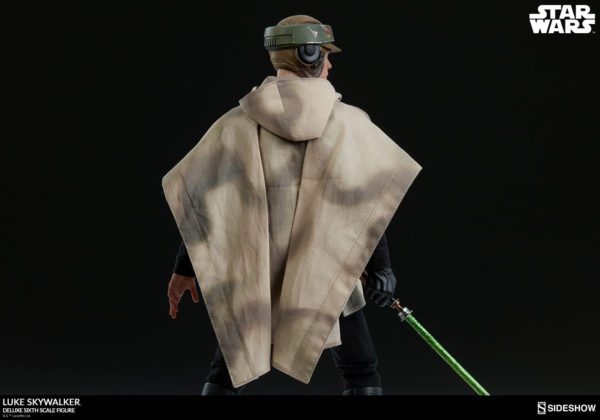 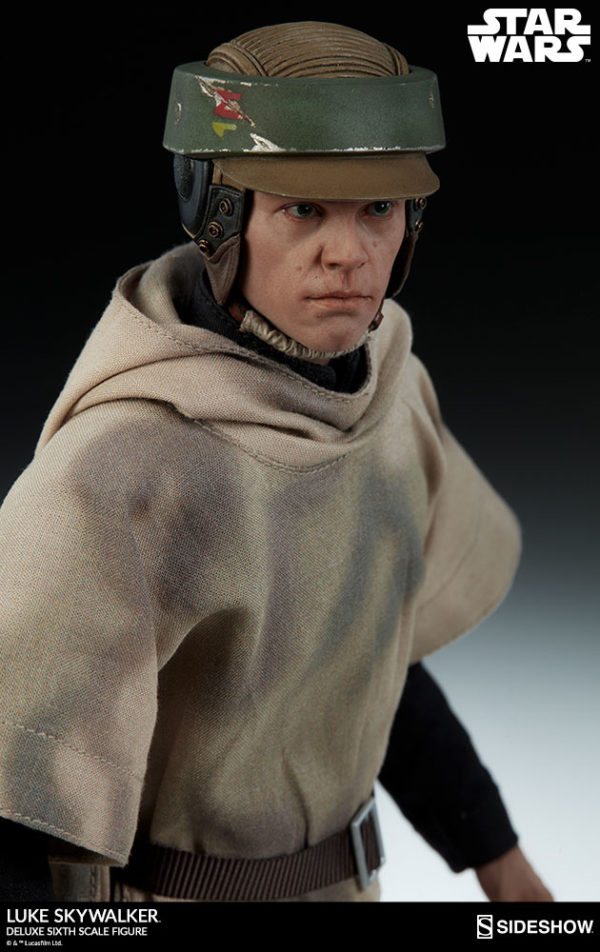 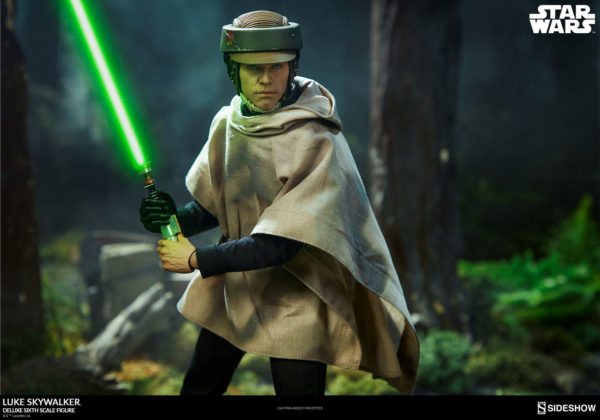 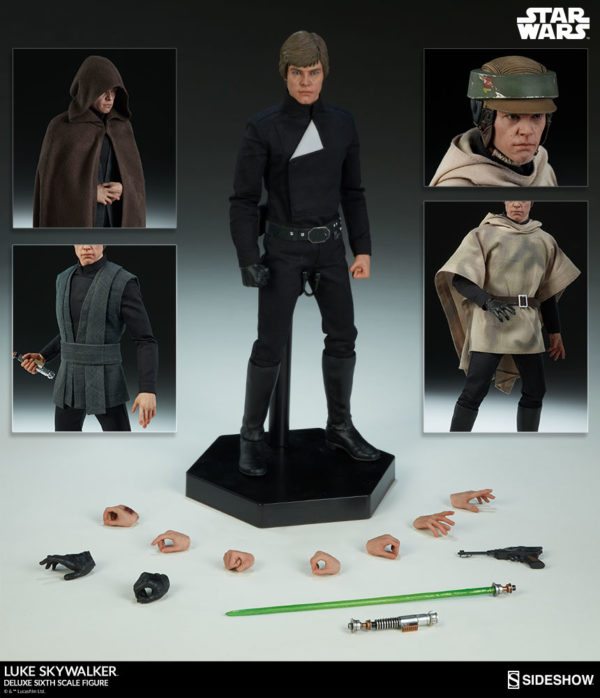 “I’ll never turn to the Dark Side. You’ve failed, your highness. I am a Jedi, like my father before me.”

The Force is strong with this one. Sideshow is proud to present the Luke Skywalker Deluxe Sixth Scale Figure from Star Wars Episode VI: Return of the Jedi.

Travel to Jabba’s Palace with the Jedi Knight Luke Skywalker in disguise. Featuring a detailed portrait of the character’s appearance in Star Wars Episode VI, Luke Skywalker wears a hooded brown cloak over his iconic black Jedi outfit, including a long sleeve shirt and pants. The figure also includes the gray tunic and sash as worn while infiltrating the thuggish gangster’s stronghold. Remove the gray tunic and attach Luke’s black leather-like belt with a pouch and saber hook to recreate his Jedi look from his final showdown with Darth Vader.

Then, hop on a speeder and travel to the forest moon of Endor with Luke Skywalker dressed in his belt and camouflage poncho, along with articulated black boots. The figure includes a portrait with the detailed likeness of Luke Skywalker wearing a non-removable Commando Helmet. Evade Scout Troopers and save the Rebellion with the Endor Luke look.

Witness the Return of the Jedi- to your collection! Add the Luke Skywalker Deluxe Sixth Scale Figure to your galaxy of Star Wars collectibles today.