Little has been said regarding the upcoming Watchmen TV series for HBO from Damon Linelof. We still don’t know whether its a reimagining of the graphic novel series, a prequel, sequel or some other form of spin-off. However, as the project ramps up production and is reportedly beginning its shoot in March, anticipation for the series may go up as the pilot script has been described as “amazing”.

During HBO’s presentation panel at the TCA, network president Casey Bloys briefly spoke about the upcoming series and praised the pilot’s script. “I’ve read the script, it’s amazing,” Bloys said at the panel. “I’m thrilled, I imagine we’ll shoot that this year.” While this isn’t much information, it certainly elevates expectations.

While we don’t know what the Watchmen series will do with Alan Moore’s famous and beloved graphic novel, Bloys hinted last year the series could feature original content not found in the graphic novel. There is also the Before Watchmen stories the show could draw from, a series of prequels delving into the characters backstories years, sometimes even decades, prior to the Comedian’s murder that kicked off the whole story.

Watchmen followed a group of retired crimefighters after America outlawed costumed vigilantism. After one of their own is murdered, they suspect its part of a plot to destroy the world and work to uncover the deepening conspiracy against them. It was first turned into a feature film by Zack Snyder in 2009. Watchmen has enjoyed a further boost in popularity in the years since, first having the aforementioned Before Watchmen series before transitioning into DC Rebirth and Geoff Johns and Gary Frank’s crossover of sorts, Doomsday Clock, which recently released its second issue. 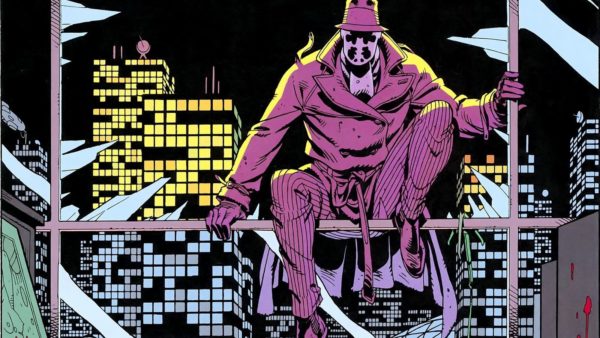