You just have to look at our own planet to see that humans are everywhere, even in places that you wouldn’t expect to find them.  In short, us Earthlings are the ultimate invasive species and the latest title from indie developer Team Junkfish set to arrive on Steam on the 8th February shows that Earth isn’t the only place that has to put up with us.  Attack of the Earthlings will see humanity travel to the furthest reaches of space to cause untold misery, though the aliens won’t just stand by and let it happen. 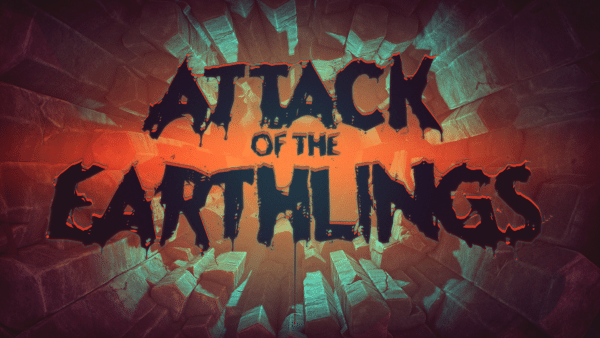 In Attack of the Earthlings humanities interstellar energy corporation Galactoil, have travelled across space to Planet X13 and parked a gigantic space drill on a native species home flattening a large amount of aliens.  The surviving aliens, known as Swarmers, are more than a little peeved and want their revenge and it is up to the player to ensure the Swarmers fulfill their blood lust.

Swarmers are a highly aggressive insectoid species who must stop the invading Earthlings by carefully planning their attacks.  Players will need to take the Earthlings by surprise and ambush multiple targets to remain undetected.  Killed humans can be consumed by the Swarmers and transformed into new units with specialised roles and unique abilities.

Players will need to fight their way up Galactoil’s interplanetary drill through a number of different environments and kill and consume their way to the ultimate enemy, upper management.

Attack of the Earthlings will be available on Steam on the 8th February.