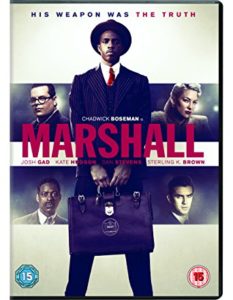 In 1941, African-American lawyer Thurgood Marshall defends a black chauffeur accused of raping and attempting to murder his socialite employer.  With his client’s life in the balance, Marshall has to join forces with another lawyer – one with no criminal experience – to discover the truth of the case and ensure justice is done. 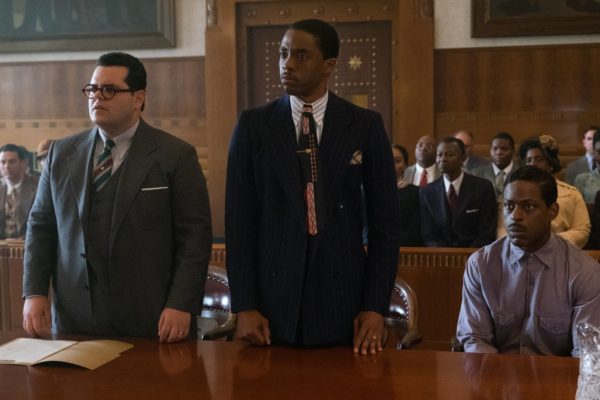 The name Thurgood Marshall probably doesn’t ring as many bells with British audience as with an American one.  But, as we discover at the end of the film that bears his name, the lawyer from Baltimore was a trail blazer who went on to be the first African-American Supreme Court Justice.

Not that we see any of that in Marshall, because the film, released on DVD in the UK on Monday, concentrates on an earlier case that made his name and paved the way for his later career.  As America teeters on the brink of entering World War II, Thurgood Marshall (Chadwick Boseman) is the only lawyer working for civil rights organisation, the NAACP (National Association for the Advancement of Coloured People).  They send him to defend a black chauffeur, Joseph Spell (Sterling K Brown) who is charged with the rape and attempted murder of socialite Eleanor Strubing (Kate Hudson).  Faced with a hostile judge, Marshall has to enlist the help of Samuel Friedman (Josh Gad), a young Jewish lawyer who’s never worked on a criminal case.  It’s an unlikely partnership and the odds don’t look good. 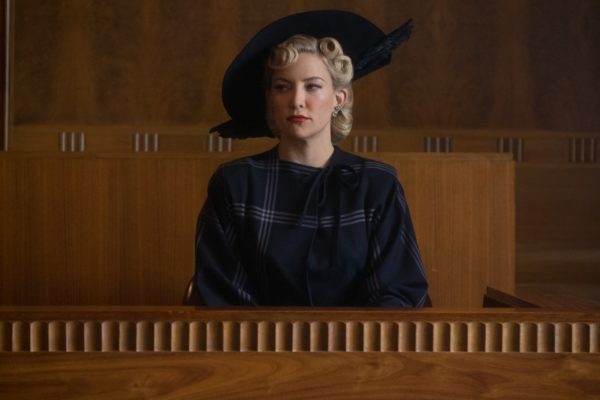 A staple of classic cinema storytelling, courtroom dramas aren’t perhaps on-screen as much as they used to be, but the confrontational format still makes it a natural.  So director Reginald Hudlin wastes no time in taking his audience straight into the courtroom, where all the protagonists are lined up.  The case in question is an important one, not just because a man’s life is at stake but, to coin a phrase, justice itself is on trial and the whiff of prejudice permeates from the judge (James Cromwell) downwards.

It’s something that both Marshall and Friedman are only too aware of and their mutual experience of racism is something they share, both being beaten up separately on the same night during the case.  Events in Europe become personal for Friedman and his wife when they hear that relatives have been “taken away”.  For Marshall, segregation and prejudice are walls to be battered down every day in any way he can, starting with drinking from a whites only water fountain. 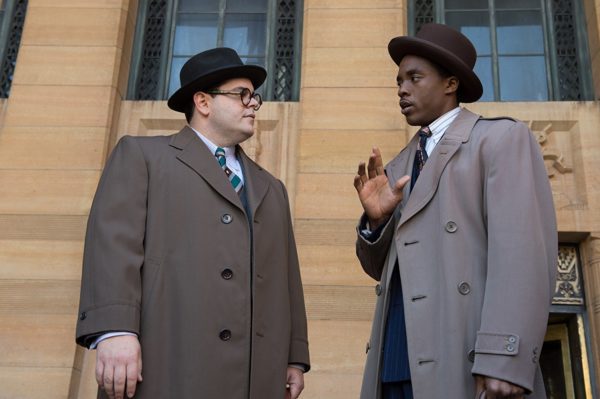 Man of the moment, Black Panther‘s Chadwick Boseman makes a dignified Marshall, one with presence and an air of authority.  That’s fine in court, especially when he’s having to circumvent the rules laid down by the judge, but outside we don’t learn enough of him as a person, making his interpretation of the man less than wholly satisfying.  Friedman is presented in a similar way, focussing mainly on his courtroom scenes, but Gad doesn’t have the dramatic gravitas to bring his character to life.

Marshall is only too aware of the importance of its themes, its story and the man at the centre.  It’s solid, worthy and deeply sincere, but some of its protagonists are simply caricatures – Dan Stevens’ smooth prosecutor for one – and its style is traditional to the point of old-fashioned.  And the final scene hammers home that the struggle for equality goes on: appearing in cameos are Tracy Martin and Sybrina Fulton, the parents of Trayvon Martin, whose fatal shooting in Florida in 2012 made headlines around the world.