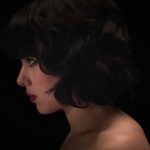 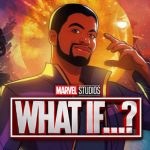 The tragic passing of Chadwick Boseman sent shockwaves through the lives of his family and the industry he loved so much. From award-winning roles to his hit Marvel performances, Boseman won over people with his charm and talent. His final role came recently with his voice work in Marvel’s What If?… series on Disney+. Fans […]

Ahead of this Wednesday’s Marvel’s What If…?, Disney+ has shared a new poster for animated series featuring T’Challa as Star-Lord in an episode which promises to be very emotional, marking as it does the final work from the late Chadwick Boseman; check it out here… SEE ALSO: What If…? producer confirms Marvel is planning more […] 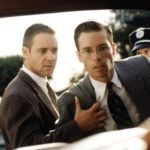 As Brian Helgeland’s L.A. Confidential approaches its 25th anniversary, the director has been speaking with The Ringer about scrapped plans for a potential sequel in the wake of the film’s critical and commercial success, which at one point included a role for the late Chadwick Boseman. Helgeland revealed that he worked on a story for […] 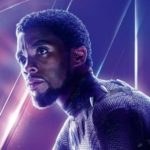 It’s been known for a while now that this Friday’s fifth episode of Marvel’s The Falcon and the Winter Soldier is set to feature a major cameo – one which, according to showrunner Malcolm Spellman, would make viewers cry. Given the inclusion of the Dora Milaje in the show, there’s been a lot of speculation […] 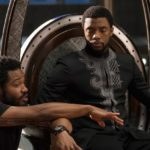 Despite the loss of leading man Chadwick Boseman, who tragically passed away last year after losing his battle with cancer, Marvel Studios announced that it would be pushing ahead with its plans to release Black Panther II in 2022. Rather than recasting the role of T’Challa, something which Marvel has ruled out completely, director Ryan […] 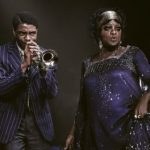 It was a huge win for diversity at the 27th Annual Screen Actors Guild Awards on Sunday night, with the late great Chadwick Boseman winning Best Leading Male for his performance in Ma Rainey’s Black Bottom, a feat matched by his co-star Viola Davis, who took home female actor for her role in the Netflix […] 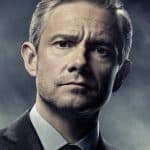 With Black Panther II gearing up to shoot this summer, actor Martin Freeman has confirmed to Collider that he’ll be reprising his role as CIA agent Everett Ross in the Marvel sequel. “Yeah, I am doing the second Black Panther,” said Freeman, who’ll be making his third MCU appearance after Captain America: Civil War and […]

The world has felt Chadwick Boseman’s loss, with the actor becoming a cultural figure for his turn in Marvel Studios’ Black Panther, and now one of the artists closest to him, director Ryan Coogler, has opened up about how tough it is working on the upcoming sequel Black Panther II without him by his side. “You […] 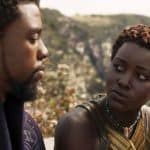 Chadwick Boseman’s legacy could be underlined in the coming weeks with a slew of posthumous awards for his sensational performance in Ma Rainey’s Black Bottom, and now his Black Panther co-star Lupita Nyong’o has been speaking about making the blockbuster sequel without their “King”. Appearing on Good Morning America, the Academy Award wining actor spoke […]