Mini Guns developers Riposte Games & Co and Furnace Games (Boss Fight) have announced a partnership that will bring more games for us to enjoy.  The first game announced is Dungeon Stars, a horizontal scrolling hack and slash dungeon crawler scheduled to arrive later this year.  A gameplay trailer can be seen below that showcases the cartoon like characters and bright lively environments. 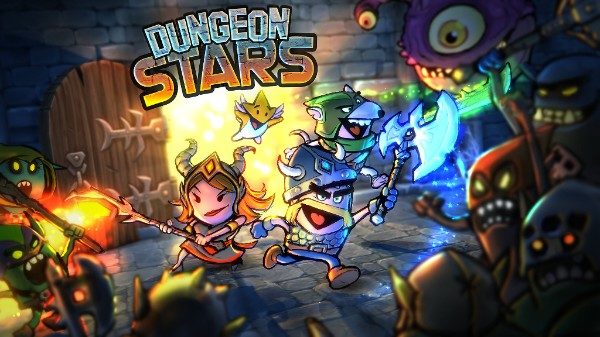 The gameplay trailer for Dungeon Stars really shows off how beautiful the game is looking especially with the way the 2D cartoon-esque characters progress through the 3D levels with a real time shadow effect.  There is also an assortment of adorably drawn enemies and both these and the heroes have a variety of facial expressions depending on what action is occurring.

“We have had the opportunity to collaborate with the Riposte team over the last couple of months and to tap into their cross platform expertise for our next games will be a major difference maker”, says Jim Montgomery, CTO and Co-founder at Furnace Games. “This type of partnership allows us to focus on the creative innovation and push the boundaries of the next generation experiences.”

“We just upped the ante, dramatically”, said Johan Eile, CEO of Riposte Games, “With this deal we have added Editors Choice quality talent to our power team. Dungeon Boss was a staple in the top grossing charts in 2016 and is still a very good game and to be able to collaborate with the talent behind something like that is obviously awesome. Besides creating Dungeon Boss and Castleville, the Furnace teams rapsheet spans 25 years and includes games like Mortal Kombat, Dark Age of Camelot, Stuntman, and Terminator.”

No release date has yet been announced for Dungeon Stars yet other than 2018 so keep checking back with Flickering Myth.