Everyone’s favourite blue hedgehog is set to race onto tabletops thanks to Shinobi 7, who has announced that it has launched a Kickstarter for its all-new board game Sonic the Hedgehog: Battle Racers. 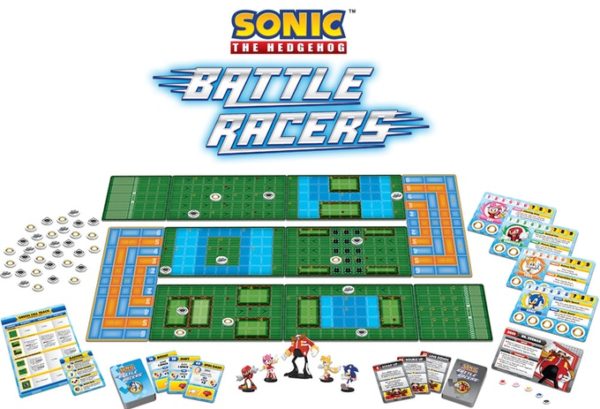 Burst into action with Sonic the Hedgehog: Battle Racers! Select your racer, choose your route, and fight your way to the finish while avoiding opposing racers and a variety of dangerous obstacles. Control your speed, use your abilities, and activate your special powers to collect as many rings as you can in an amazing race. The course changes with every race, so no two games are alike!

The base game will feature five highly-detailed full color miniatures of the following characters: Sonic, Knuckles, Amy, Tails, and Dr. Eggman. Also included are a variety of colorful cards, tokens and race tracks. Every expansion set will contain one pre-painted character miniature and their racer profile, while larger expansions will also be available and will include additional track sections. All miniatures will be 40mm scale. 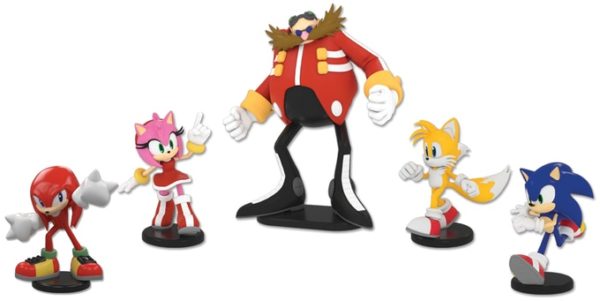 The Kickstarter is now live and runs until March 2nd, offering various exclusives and limited edition items. Find it here.