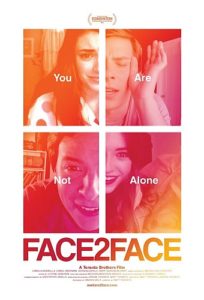 Over a series of video chats, a teenage outcast reaches out to his childhood friend, but finds that behind the veneer of popularity and a seemingly perfect life, she hides a disturbing secret. 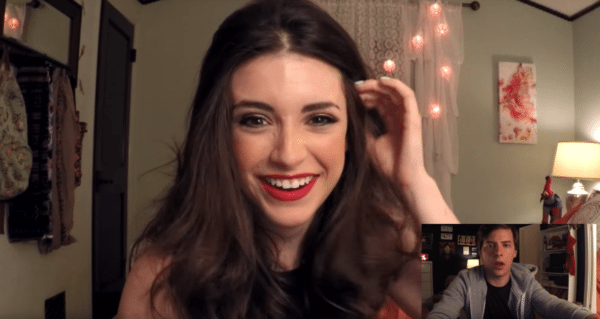 In sophomore year of high school, I took a course called “history through film” which consisted of watching historical movies for the purposes of learning about the past. One of these was the underrated Al Pacino film Revolution, which ends with Pacino and his son parting ways following the conclusion of the American Revolutionary War. When one of the students asked the teacher why they were acting like they would never see each other again, the teacher responded that it would be near-impossible for them to get back in touch without modern-day technology.

At the time she was only talking about texting and calling, but in today’s information age her statement has grown to include all social media outlets: Facebook, Twitter, Instagram, Skype…these have allowed us to reconnect with people we may have lost touch with.

But is that necessarily a good thing? People change. Childhood friends even moreso courtesy of puberty, peer pressure, and social engineering. In our individualist western society, we often talk about how good change is: graduating classes, advancing in your communal circle, and moving forward in the socioeconomic ladder. But the truth is change is tough. We get comfortable staying in one place and resist alternating our lifestyle. In a way online accounts bridge the gap between these two ideals: we can put on a false face to the outside world while still residing in our same routine.

However, this in turn brings up the problem of secrecy. Look we all have secrets: that’s just human nature. But some things are better left out in the open, especially if they’re causing a problem. I recall seeing a hand-drawn meme featuring a computer and a boy. The computer had hands clasping the boy’s head with a caption that read something like “I can analyze what you’re typing, but I can’t read your mind.” I feel the same applies to our communications over the Internet. Even with Poe’s Law we’re at an inherent disadvantage. Throw in the aforementioned issue of having not known the person you’re talking to for years and you see the dilemma I’m describing. 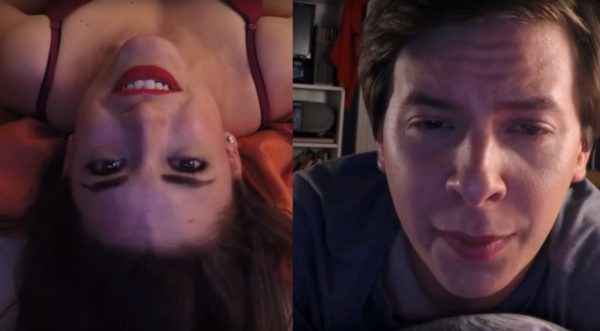 Four paragraphs in and I have not once mentioned the movie I am reviewing. Perhaps that’s a compliment to its craft: when a film can inspire discussions on this level, it has succeeded at penetrating the human consciousness.

This flick in particular is called Face 2 Face. It was directed by Matthew Toronto from a script by him and his brother from a story the duo created with Toronto’s wife Jordan. Face 2 Face, which anyone can see on Netflix, follows high schooler Teel Johnson (Daniel Amerman) as he reconnects with his elementary friend Madison Daniels (Daniela Bobadilla). The two occupy very different social lifestyles, and even without seeing that play out in the movie’s consequent scenes I could have gleamed this purely from the solid makeup and costume design done by Laura Salinas and Christy Barnes and Rebecca Carr respectively. People physically adapt to whatever setting they’re in, and that remains the same with Teel and Madison: Teel conventionally wears dull-colored clothes that help him blend in the background while Madison dresses in bright garments that help her stand out and attract attention.

Their attitudes towards life are the basis for Face 2 Face’s plot. Madison doesn’t want to dwell in the past, instead embracing the uncertainty of the future. Teel, on the other hand, is satisfied with his contemporary position and actively fights any attempts at changing. It’s an interesting dynamic that not only provides a helping of natural laughs, but also forms the basis for the film’s dramatic beats. As I talked about in the beginning, online communication allows us to put up a public persona to hide our true state of mind. In a way, Teel and Madison are trying to impress each other in the beginning by hiding what they perceive to be negative aspects of their existence. But as their conversations progress, it becomes clear that this is hard to do over a sustained period of time, especially when you start to care about the other person’s well-being.

Their dialogues are both believable and engrossing. Over the course of the film’s run time I found myself becoming emotionally involved with their personal dilemmas, even though I didn’t experience the things that happen to them. I theorize this is due to a couple of reasons. First and foremost, the filmmakers ditch the Catfish/You’ve Got Mail predicament by making the interactions between Teel and Madison, well, face to face. Through some unnamed video conferencing application, we actually see the actors react to the other, and that adds a whole layer of validity. It can be hard, particularly for older audiences, to understand how long-distance technological contact can be as affecting as real-life, and so putting these characters vis-à-vis is a smart choice. 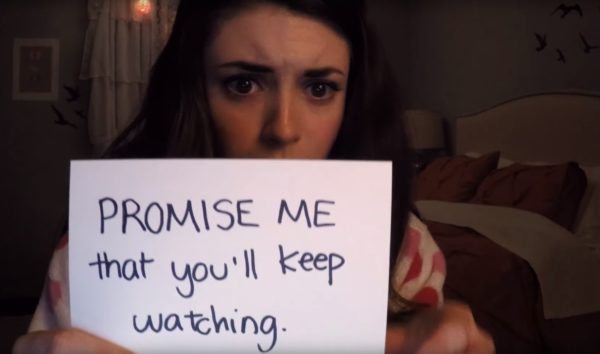 The second reason is the writers boldly abandon typical tropes that I initially feared Face 2 Face would embrace, namely that of a romance subplot. Social media was invented to connect and reconnect people, and while that has led to lustful situations, too often that aspect has overridden the original intentions. There is a lot of talk in the movie about getting popular online through expanding one’s friends list, but at the end of the day none of those “pals” matter if they don’t care about you personally.

Madison and Teel prove that they do. Actors Daniel Amerman and Daniela Bobadilla have a subtle chemistry that makes you want to see how their story plays out. Without that genuine bond, the whole film might have fallen apart, specifically during the tense moments where you need to rely on small words and facial expressions.

Face 2 Face was a strange ordeal for me. I finished it feeling like I had a combination of runner’s high and butterflies in my stomach. Not many movies have done that to me. Fewer still have left me with the thought that I can call that a positive experience.

Notes:
-Much has been made of the movie being filmed with GoPros. I can safely say that, outside of one scene, it is beautifully shot. No complaints here.
-Jordan Toronto is only given an executive producer credit, but she served an important creative role.