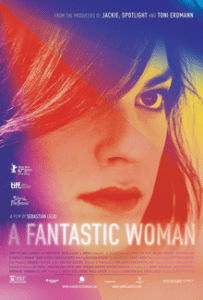 Marina, a waitress who moonlights as a nightclub singer, is bowled over by the death of her older boyfriend.

A Fantastic Woman follows the mournful and sorrow filled journey of transgender woman Marina (first-time performer and actual transgender woman Daniela Vega in a revelatory turn evoking all of the above emotions and more) , except she isn’t just coping with the loss of her loving boyfriend Orlando (a roughly 20 years older gentleman played by Francisco Reyes who reciprocates the same affection to the waitress/nightclub singer with bigger musical ambitions), but moreover shattered acceptance. Around Orlando, Marina feels alive, wanted, and understood, until he suffers from an aneurysm that quickly takes his life upon reaching the hospital.

Outside of a reasonable brother in a similar age range of Orlando, the immediate family composed of old flames, children, and parents treat Marina disturbingly like a creature rather than a human being; during a loaded conversation, one relative even lands an insult comparing her sexual identity to that of a chimera. It’s a very harsh statement indeed, one that also states without her significant other/support system, Marina must continue to evolve into her own individual with independence, all while finding the enormous but necessary strength and courage to fight and overcome unreasonable and uncalled for prejudiced behavior. 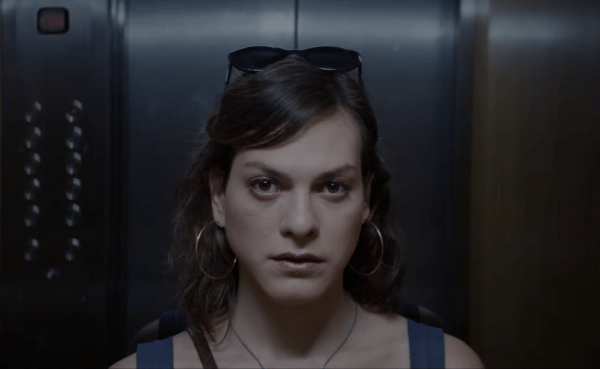 Thankfully, the direction from notable Chilean filmmaker Sebastian Lelio is confident enough in its approach to handling delicate subject material and the strong central performance from Daniela Vega (I’m sure much smaller and/or international awards circuits will reward her with many accolades for a showing that isn’t just literally authentic but gripping in its own right) cautiously aware not to extend too far down the route of over-the-top abuse. There is a moment that feels like a tipping point in regards to the tone, but Lelia swiftly reels in the mood, effectively rendering that isolated sequence of raw terror exponentially more horrifically memorable.

Not everyone has to understand transgender life (although any morally upstanding person will accept them), but human rights are basic decency; she deserves to have an outlet for her grief and at the very least, an allowance to attend funerals and memorial ceremonies. Furthermore, that aspect is where A Fantastic Woman hits the hardest emotionally; right from her arrival to the hospital with Orlando she is grossly placed under suspicion, labeled as everything from a possible murderer to perverted sexual deviant. Beyond that, there are smaller moments displaying huge ineptitude from high-ranking professionals uncertain of how to communicate with a person of her identity. Societal stature and class rank seem to make no difference in regards to how Marina is treated, and one can safely assume that the issue isn’t exclusively Chilean. Hopefully, A Fantastic Woman does find a somewhat wider audience thanks to acquired distribution rights from Sony Pictures Classics, also becoming an agent of education for America. 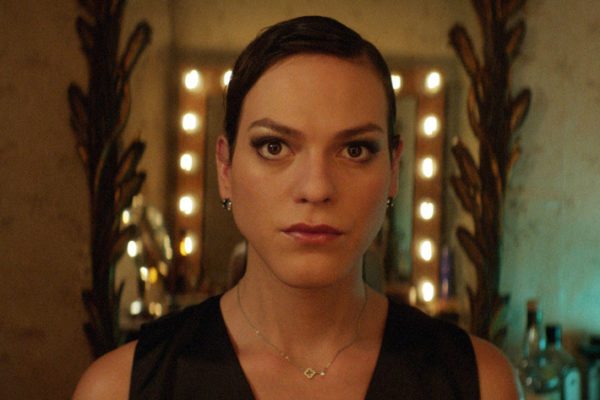 That isn’t to say A Fantastic Woman is without faults, for as aesthetically stylistic as it is (there is provocative photography posing questions about the human body accomplished with reflective mirrors, including one striking shot near the end showing Marina examining her private area) the film also meanders quite a bit. The film is assuredly about regaining a place of belonging, but the final act goes on a bit too long before reaching a moderately satisfying conclusion. In addition to that, Marina also experiences ghostly visions of Orlando, that while exquisitely captured with skillful cinematography, feel out of place acting as another unnecessary component.

Still, what’s most important is that the script and direction from Sebastian Lelio contain a strong grip on of transgender life and pre-conceived perceptions from close-minded outsiders. Obviously, a large part of this success is also due to the wise creative decision to cast a talented transgender woman in Daniela Vega. At the same time, it’s a bit too cold and emotionally distant to recommend to all audiences. Regardless, there’s knowledge to be gained and an agreeable lesson that we should all be kinder to one another and more accepting of differences, especially when everyone is stuck in the same tragic boat seeking an escape from pain.