With a little over a week to go until it arrives on Netflix, the streaming service has released a poster and trailer for its upcoming Original Series Everything Sucks! The 1990’s set coming-of-age dramedy features a cast that includes Peyton Kennedy, Jahi Winston, Rio Mangini, Quinn Liebling, Sydney Sweeney, Elijah Stevenson, Patch Darragh, and Claudine Nako; check them out here… 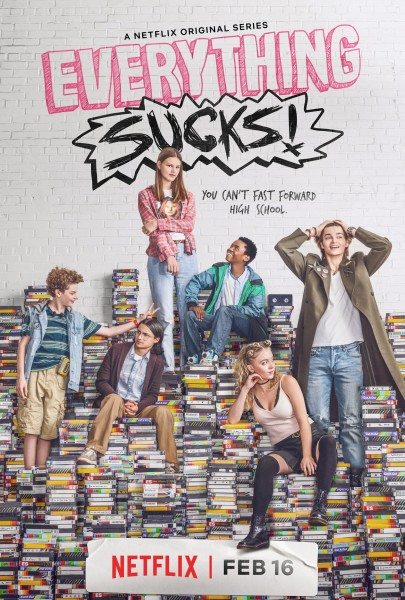 The 90s high school experience: Desperate, heartfelt, awkward, exciting, and free of smartphones. Set in the real life town of Boring, Oregon in 1996, Everything Sucks! is a quirky, funny coming of age story that revolves around Boring High School’s A/V Club and Drama Club— two crews of nerdy-edgy outsiders, who join forces to make a movie and endure the purgatory known as high school.

Everything Sucks! is set to arrive on Netflix on February 16th.