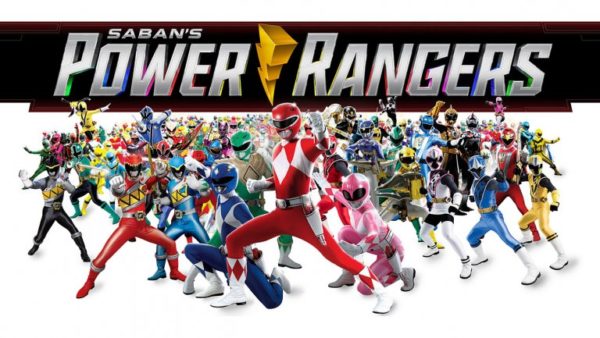 With the Power Rangers franchise celebrating its 25th anniversary this year, Saban Brands has unveiled a brand new logo for the series, as well as announcing that it is ending its long association with Bandai as Hasbro, Inc. is named the global master toy licensee for the brand, effective from April 1st 2019.

Created by Haim Saban and launched in 1993, Mighty Morphin Power Rangers quickly became a pop culture phenomenon. Today, Power Rangers is one of the longest running kids’ live-action series in television history with nearly 900 episodes produced to date. The TV series, currently in its 25th season with Power Rangers Super Ninja Steel, and feature films, including 2017’s movie with Lionsgate, follows the adventures of a group of ordinary teens who morph into superheroes and save the world from evil.

“We are honored to create a world of play experiences for such an iconic action brand,” said Brian Goldner, Chairman and CEO of Hasbro. “Saban’s Power Rangers are universally recognized and their hallmark attributes of teamwork and inclusivity perfectly align with our core values at Hasbro.”

“Hasbro leads the way in brand storytelling and creating engaging experiences across its exceptional portfolio of blockbuster and partner brands,” said Haim Saban, founder of Saban Brands and creator of Power Rangers. “Quality, innovation and a focus on designing dynamic products for fans of all ages makes Hasbro a great partner for Power Rangers.”

The first Power Rangers products from Hasbro will start to arrive in stores in Spring 2019, while the deal also provides Hasbro with the opportunity to initiate a future purchase of the Power Rangers property after an unspecified period of time.