Harrison Abbott reviews Friday the 13th: The Game after its January Update… 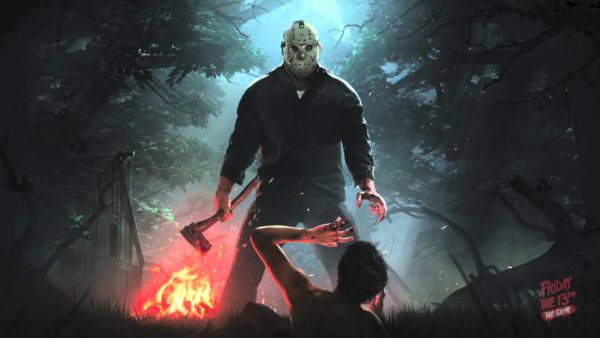 Credit where credit’s due, IIIFonic are certainly no EA. In fact, their journey over the past year has evolved into a true redemption story. Their well-meaning enthusiasm and refreshing professional candour is evident in everything that they do, from their earnest interactions with fans, to their continued support and regular free updates. It is obvious that the studio really does care about Friday the 13th: The Game.

It’s just a shame they ballsed it up at launch.

Nevertheless, their professional integrity must be commended, especially when compared to the unchecked avarice and repugnant deception that is all-too-frequently displayed by their big budget counterparts. Indeed, by simply responding to criticism in a conducive manner, IIIFonic have wisely distinguished themselves from the likes of EA or Activation.

Likewise, where many of their industry peers have a tenancy to, shall-we shall, overreact to bad press (often in a worryingly volatile fashion), these developers have contrastingly taken everything in their stride. They have even digested some of the harsh criticism, using it to better improve their product. Of course, to anyone with even the tiniest sliver of business sense, this would seem like the obvious thing to do. However, in the gaming sphere, it is practically unheard of to be constructive with negative feedback (see Digital Homicide or Randy Pitchford for further reference).

All in all, the small team have demonstrated far more integrity than the average AAA titan, by implementing honest business practices in a wholly transparent way. To return to that earlier comparison, IIIFonic have been doing exactly what EA should have been doing after the disastrous release of Battlefront 2. Not only have they been ”listening” to complaints, but they have crucially been acting upon them. They haven’t just been paying vague lip service to consumers, excusing themselves with insincere claptrap about how their game was a ”learning experience” and they’ll ”do better next time, honest”. Nor have they resorted to insulting dismissals or hand-waving apologies for their fuck-ups. Instead, they have been working their asses off to make amends. And that effort shows. 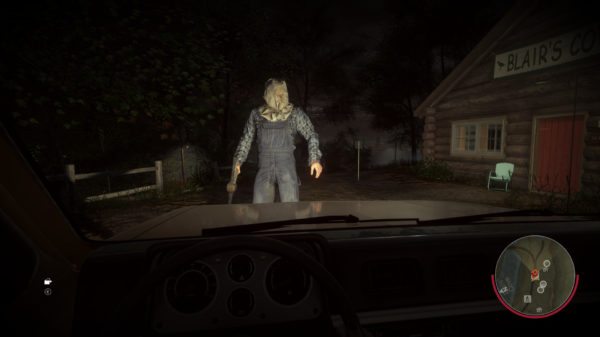 When Friday the 13th: The Game was first launched, it was derided by many for its myriad of intrusive glitches, its severe content deficiency (It initially had 3 maps, one game mode and only a handful of characters) and worst of all, its appalling server instability. The matchmaking was particularly atrocious at a release, to the point where it would take roughly an hour to find a match. Even then, it was hardly a smooth experience when you managed to join, as any given play session was prone to fits of unbearable lag and would often abruptly end when the connection decided to time out, or the host just quit. As a result, you’d be lucky if you got to play a couple of matches in the space of an afternoon, never mind see them through to completion.

The game was an unmitigated technical disaster, a problem that was compounded by its disappointing lack of content. Whilst the foundations were solid, the execution was sorely lacking.

Fast-forward almost a year and the game is an entirely different beast, one that has at long-last fulfilled its potential. With the majority of the hiccups now ironed out and some balancing issues addressed, Friday the 13th is a singularly fun experience, bursting to the brim with thrilling emergent gameplay. IIIFonic have truly gone above-and-beyond to fix the flaws with their product, whilst also pumping out new updates at a startling rate. It’s hard to tell but I’d estimate that, in its current state, the game has now tripped in value for money.

It’s worth reiterating that the studio didn’t have to deliver any of this, after all they already had our money. But they did it anyway, because  they actually gave a shit. And funnily enough, thanks to their demonstrable respect for players and their ongoing commitment to keeping them happy, a lot of us will be inclined to purchase premium DLC when it comes out. Why? Because they’ve earned it.

See EA? It pays to not be a dickhead. 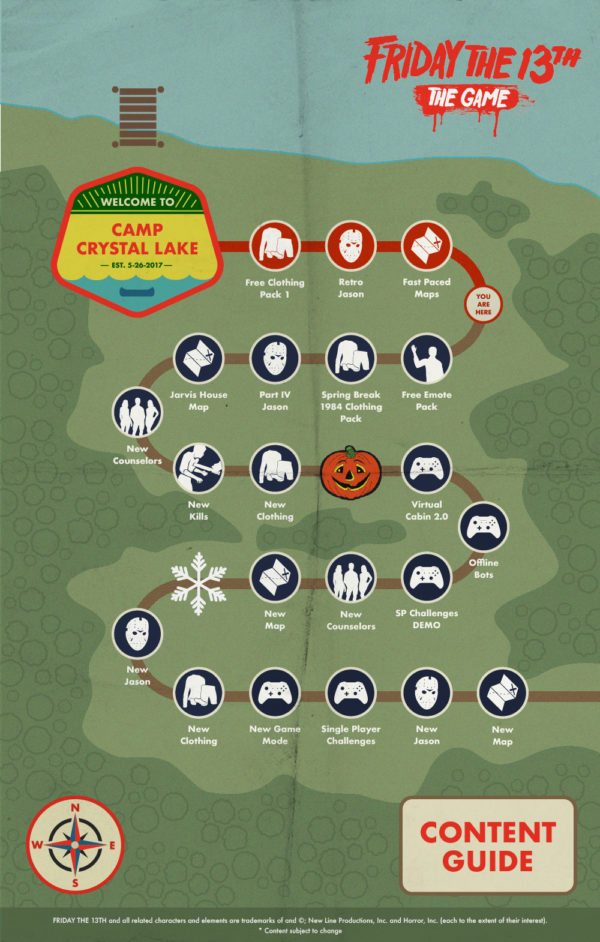 The latest patch for Friday the 13th rolled out on January 30th and, as with all previous updates, functions as a mix of requested gameplay adjustments, technical maintenance and a generous helping of new content. The assortment of balancing tweaks seems to be the main draw for this particular offering, as emphasised by the extensive patch-notes. More specifically, this round of changes focuses on configuring the game’s asymmetrical dynamics, in order to reinstate Jason as a force to be reckoned with.

Taking control of the iconic slasher was supposed to be a glorious power trip, yet over time, the counsellors have curiously been dealt the upper hand, so much so that the community have accused IIIFonic of ”nerfing” Jason. You only need to take a cursory glance at the game’s message boards and forums to see fans bemoaning how easy it is to ”troll” Jason by simply running around him in circles, endlessly reversing cars, or just ganging up on the killer with baseball bats.

As you would expect, the developer has been characteristically forthcoming about this criticism, stating;

” We’ve seen your reports; our Jason characters aren’t scary. We’ve seen the videos of counselors running circles around Jason and smacking him upside the head, repeatedly, while he quietly resigns himself to his fate. We’ve even seen videos of Jason being forced to run away while being chased by 4 Chads with baseball bats”

To that end, this latest update implements a few key changes. 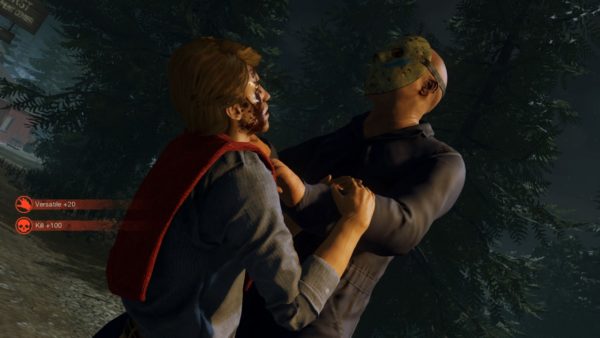 # 1. Each Jason receives a small speed increase- This is perhaps the most effective tweak. Although the boost is mostly imperceptible, it makes a big difference to the mechanics, finally putting an end to those infuriating Benny Hill-esque pursuits around living room tables. Not only that, but it also makes the walking Jasons (i.e. Part VII or part VIII) seem a bit more appealing, as they now actually stand a chance of catching people with higher speed stats.

#2. Each Jason will start with 2 additional throwing knives- This is less useful than the other updates, as landing a hit with one of these things is still incredibly difficult, thanks to the near-constant lag.

#3. Jason’s Grab radius has been reworked- Like point #1, this goes a long way towards reducing player frustration. It only takes a brief time with the update to realise that fewer counsellors are slipping through Jason’s grasp and there is a much clearer sense of how proximity works with this action now.

#4.  Pocket knives (along with other supplies) appear less frequently- If point #1 is the most valuable change here, then #4 is certainty the most noticeable. In the past, it was not uncommon for a single counsellor to be carrying 3 pocket knives in their inventory, effectively giving them 3 instant escapes from Jason’s grab. Now however, these items are few and far between, which makes them all the more precious for survivors. The fear is accordingly amplified, after all, Jason is far more threatening when you’re not armed with as many fucking knives as Danny Trejo from Machete. Similarly, if you are playing as Jason, then you’re not going to be stun locked every 5 seconds, which is a plus.

So over all, the modifications here mainly serve to alleviate a few minor irritations, which is great. Having said that, more work on the performance aspect of the game wouldn’t go amiss. It’s all well-and-good having finely-tuned  mechanics, but if you can’t reliably play the game, then no one will be able to appreciate them. Simply getting this piece written was quite difficult, as I legitimately struggled to find enough working matches to form my impressions. 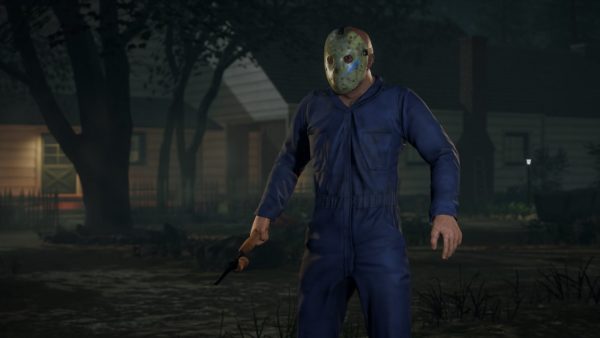 The patch also comes with some new content inspired by Friday the 13th Part V: A New Beginning. For anyone not up to speed with their Crystal Lake Lore, this was the first and only film in the franchise to move away from the infamous Voorhees saga. In other words, it’s kind of like the Halloween 3 of the series. Essentially, Paramount tried to innovate with a different setting, a slightly more psychological tone and a brand new villain, Roy Burns. It was all a bit wank, but it’s still nice to see the movie get some form of representation in the game.

The add-on introduces Burns as a playable character. Although, somewhat confusingly, he is still refereed to as Jason throughout and he also hears Pamela Voorehees’ voice for… some reason. Anyway, Burns (or Jason in Burns’ mask, I really don’t know) is a pretty solid addition to the roster and he has some pleasingly gruesome kills, courtesy of his unique garden sheers. Bringing over the character’s signature theme music was also a nice touch from the development team, one that servers to break the monotony for those who are sick of hearing the same cues over and over again.

Burns also comes with an accompanying map, the Pinehurst Youth Development Centre. As always, the attention to detail here is astonishing and IIIFonic continue to impress with their unbelievably faithful recreations of the movies. Indeed, it’s easy to marvel at their meticulousness, as they translate over the tiniest details into pixel form. In gameplay terms, the map is noticeably more compact than some of the campsites, which in turn leads to shorter, punchier matches. Because of this, there tends to be fewer lulls in the action, once again spicing things up for the maturing game. 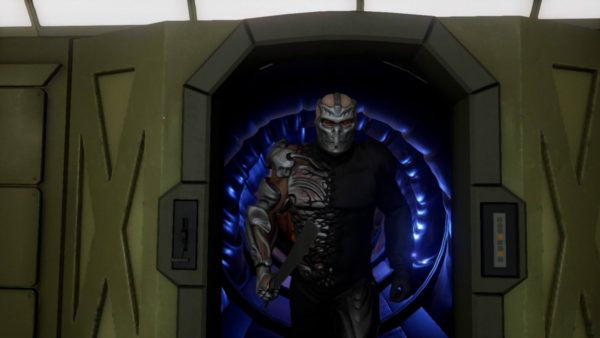 Judging by the precedent they’ve set so far, it’ll be intriguing to see what the developers do with the upcoming Grendel map, as it will be totally unlike anything we’ve seen thus far. The radical change in environment will trade in the expansive wilderness of the campsites for tight, linear corridors with little room to manoeuvre. The effect that this will have on chases and hide-and-seek sessions must be seismic. They’ll presumably be no opportunity for vehicles either.  And what about Tommy Jarvis? How is he going to be called into space? Maybe he could be replaced with that android lady that goes toe-to-toe with Jason in the film.

Or maybe it will be almost exactly the same, just with a different coat of paint. Either way, what’s important here is that I am still ridiculously excited about this game, despite its early missteps. If nothing else, then that is surely a testament to how drastically these developers have managed to turn things around.

+ Corrected balancing.
+ New Jason. New kill animations. New Weapon.
+ As always, the attention to detail in the maps is impressive.
+ The condensed scale of Pinehurst allows for remarkably tense matches.

– Lackluster performance needs to be made a priority.
– Rage quitting hosts STILL cause everyone to be kicked.