Fast Travel Games have announced that their debut VR single player game, Apex Construct, will be released HTC Vive, Oculus Rift and Windows Mixed Reality on the 20th March.  This action adventure title has been designed specifically for VR and promises to deliver an immersive experience.  The trailer below gives a taster of what to expect…

In Apex Construct players will explore a world in ruins and discover the secrets of what caused such devastation.  While they explore they will be forced to defend themselves from the synthetic creatures that are the soldiers for the two powerful AIs that are at war with each other.  Using an upgradable bow and protecting themselves with a shield will be players only means to take on their attackers.  Players will need to use all their cunning to survive this world and ensure humanity survives.

Those who venture into this ruined world will be able to explore it at their own pace and by using different movement options like Full Locomotion or Teleportation. 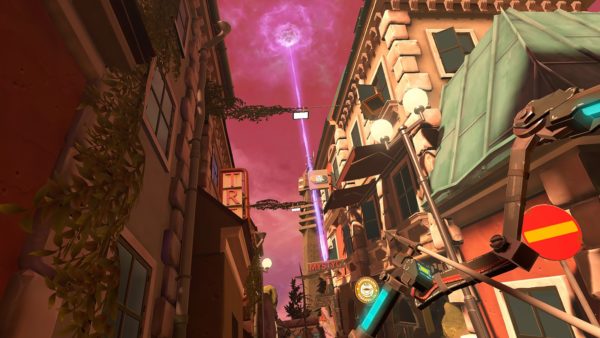 Apex Construct is an action/adventure game built exclusively for VR, where players need to explore a shattered world to uncover its secrets while defending themselves from the synthetic creatures, utilizing an upgradable bow, arrow & shield setup. Progressing through the adventure, players will gradually reveal what actually happened to the world they once knew – and what their role is in the drawn out conflict between two powerful AIs.

Apex Construct will be released on HTC Vive, Oculus Rift and Windows Mixed Reality on the 20th March and is already available on Playstation 4.