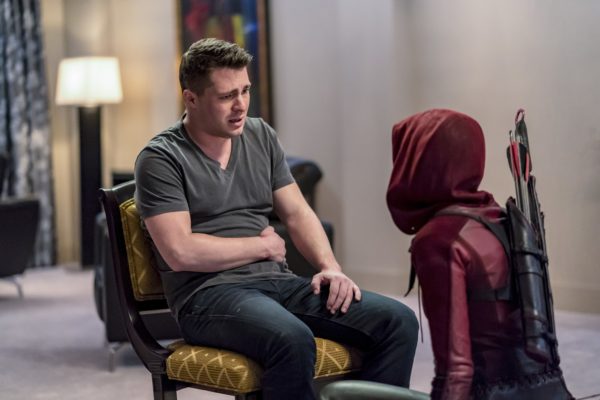 Arrow is starting to heat up. ‘Doppleganger’ shows us what felt like an eventuality in that Laurel Lance is pretty much back. It’s Black Siren but they have now found a clever way to bring her back. Her wavering (or unwavering; we’ll see) alliances is what gives this Laurel an edge in excitement the original lacked in a lot of ways. The blood debt Dinah has against her and Quentin’s torn heart also keep this Laurel in the intriguing category instead of the melodramatic.

Let’s not beat around the bush on this one; the main attraction here is the return of Roy Harper. Thea’s first encounter with him and impulsive passionate kiss was a moment to remember. Thea has been one of the most underused characters in the past few seasons and this really gives her something that we can sink our teeth into. Whether or not Roy sticks around or they beat town with each other will be an interesting subplot but I have a sinking suspicion one of these two young lovers is not making out of season 6 alive. AS well as with the appearance of the League of Shadows back, it could be a dark season ending for Roy and Thea. But nonetheless, it was great to see her back in action and to see Roy keeping his spunk; it’s been missed. 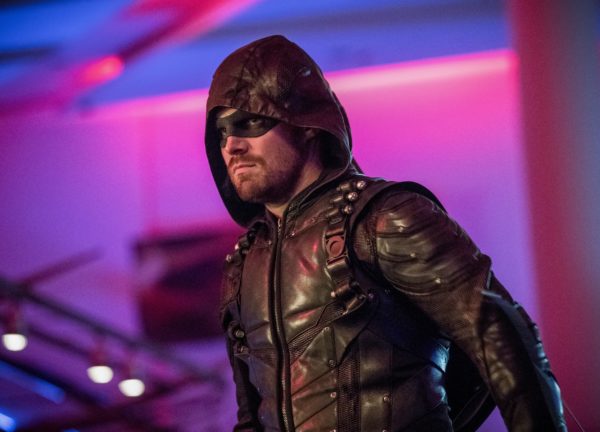 This episode doesn’t super convince me how that Diaz is in the league of big bad’s we’ve had before. A recycled police and politician takeover, while making total sense to try and rule the city instead of blowing it up, feels a bit recycled. Diaz in past episodes has felt pretty stock villain but he turns up the sinister here tonight and I do like seeing the martial arts school background his comic book counterpart has infused in this week. His fight with Thea, while brief, was also pretty cool. We’ll have to see how far and deep his connections go and where is this damn city money??

There’s one more bit of news I’d like to touch on; it’s quick but John bringing up when Oliver is going to return the hood to him; it seems obvious it’s not happening and now that Oliver has made him being Green Arrow a family affair and doesn’t have to hide it anymore, I am not sure why John thinks Oliver is permanently back on the shelf. But, I’m very interested in seeing if this has effects on the team or their friendship going forward.