Fans of Blizzard Entertainment’s hit digital card game, Hearthstone, will be excited to hear that a brand new expansion will be coming this April.  This latest expansion, titled The Witchwood, takes players to the heart of this cursed forest and provides 135 new cards plus some new gameplay mechanics.  If you want to know more about the Witchwood then Blizzard have supplied a brand new trailer (see below) that provides a musical tale of the horrors that wait. 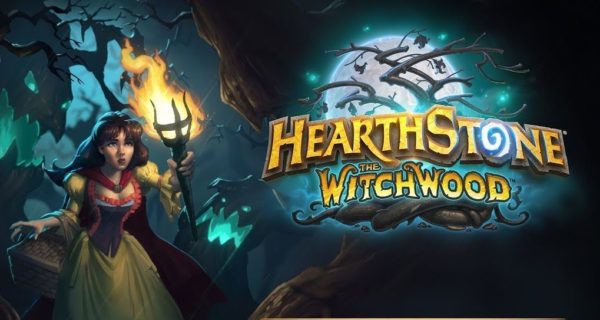 For centuries the Gilnean capital in Azeroth was at peace with the forest, that is until evil made it’s home there and corrupted the inhabitants.  The twisted beings of The Witchwood set upon the city but King Genn Greymane and his city of wolf beasts known as Worgen are fighting back and in the expansion players are set to join them.

Players will be able to draw on an arsenal of new tricks, including the eerie new Echo keyword and cards with Echo can be used repeatedly thus allowing a minion or spell casting to be performed as many times as their mana will allow.  There will also be legendary minions that power up your Hero Power providing you build a deck containing only even or odd cost cards.

Shortly after the expansion is released players will have access to an exciting new single-player Hearthstone experience in The Witchwood to destroy the evil once and for all.

The Witchwood will arrive this April on PC, Mac, Android and iOS.