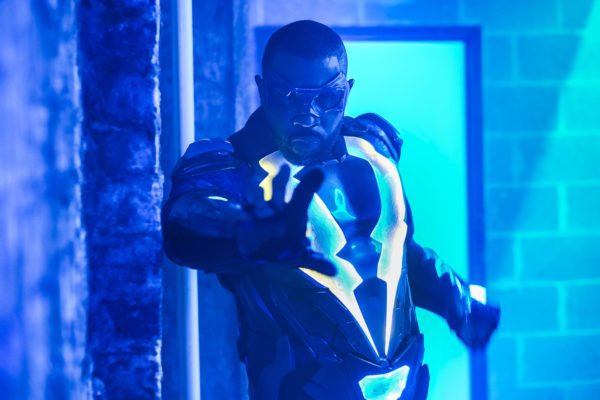 This week’s episode of Black Lightning, if not being an entirely good entry, was at least proof that the writers are slowly correcting their past mistakes. I say slowly because the beginning, and to an extent the middle part as well, suffered from the past problems this show has obtained from dipping into tired superhero cliches. At the start, for instance, we’re treated to a conversation between Lynn and Anissa that was all too reminiscent of the talk between Uncle Ben and Peter Parker in the first Spider-Man.

But one of the most impressive things that “Equinox: The Book of Fate” does is implement subconscious hypocrisy into its script. Jefferson yells at Gambi for hiding news of Tobias’s return under the justification of protecting him, only for him to say the same thing to Anissa when she asks him to help her become a superhero. Gambi begs Jefferson not to cross the line, only for him to kill multiple people.

At the same time, though, those bits can only go so far when the writers insist on exploring tropes without adding anything interesting to them. I insist, we do not need to see a superhero question whether they should commit murder: even though most Marvel Cinematic Universe heroes have no problem doing it, it is, for the most part, an established part of contemporary superhero fiction. 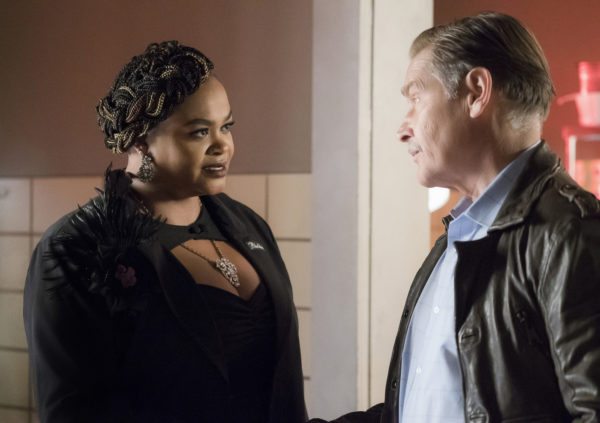 Likewise, I do not think it is necessary to have a love interest who is constantly worrying about the hero’s safety. Yes, it is a genuine concern, but people are tired of it at this point. One of the best things Spider-Man: Homecoming did was have Iron Man takeover that role, creating an interesting dynamic between him and Spidey. Unfortunately, Lynn is the typical non-superpowered romantic partner that comes off as more annoying than understanding, and that is just not fair to actress Christine Adams.

Still, I wouldn’t be honest if I said that watching this episode was an entirely bad experience. The last act returns the series to its roots (in some ways literally, but I’ll avoid going into that ending until some context is given) by having Jefferson finally confront Whale while having Whale initiate his own plans to take control of the crime organization from Lady Eve. The risks the writers took here were amazing, with both Whale’s sister Tori and Lady Eve perishing in the aftermath.

Eve’s death, of course, is used as the stepping stone for Whale’s plan to frame Black Lightning, as he equipped his hit-men with lightning-shooting guns. However, Tori’s passing is used to inject realism into the nature of superhero fights. There is collateral damage in crossfires, especially when firearms are involved, and it was nice to see Jefferson actually affected by it at the end.

There were nice moments strewn throughout the first two acts, from Lynn using her past memories with Jefferson to get Anissa to empathize with her to the two parents giving in by the end and offering to help Anissa become a superhero. Too often these conflicts are painfully stretched (as we saw in The Flash season 3 with Kid Flash), but here everyone acts like an adult, and it was for the better. 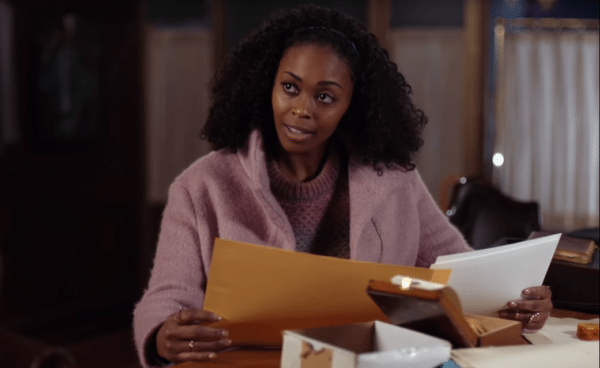 “The Book of Fate” didn’t entirely restore my faith in the series, but it gave me hope for the future, especially since we’re finally past Anissa’s frustrating subplots.

Notes:
-Gambi seems to have a stronger relationship with Lady Eve than we were initially led to believe. In fact, he seems to have a prominent role in the crime syndicate!
-Seriously, what is Lady Eve doing in her mortuary with the bodies?
-Yay, Anissa’s finally getting a new costume!
-Jennifer only had one scene in this episode, but Lynn and Jefferson talk about doing tests on her to see if she’s inherited powers (which comic book readers will now is the truth).
-If only the quality of Lynn’s thoughtful conversations with Anissa were the same with her talks with Jefferson.