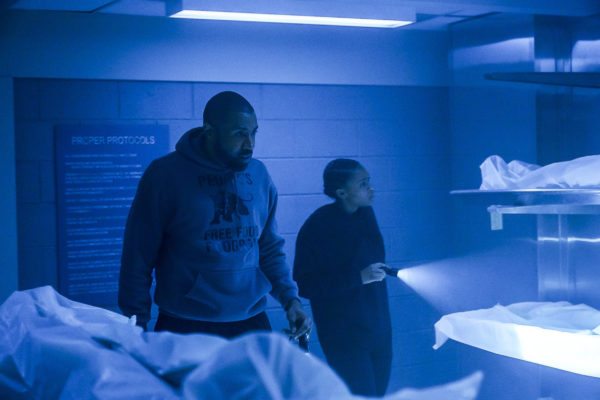 “The Book of Revelations” opens up with scenes of Anissa and Jefferson training juxtaposed against news interviews with everyday people criticizing Black Lightning in the aftermath of Lady Eve’s murder. This is clearly meant to be a contrasting throwback to the third episode “LaWanda: The Book of Burial” which featured a similar montage of Anissa training while the people of Freeland dealt with the aftermath of a tragedy: the difference being everyone felt united back then as opposed to feeling divided now.

It was a good decision, because if there’s one thing “The Book of Revelations” does right, it’s help get this series back onto its original path. As I mentioned in previous reviews, Black Lightning does not need to follow cliche superhero storylines when it has lots of originality at its fingertips. And that was the case here. Rather than go the rough routes Arrow and The Flash have taken with regards to the emergence of their superhero sidekicks, the relationship between Jefferson and Anissa is much more fluid and friendly: a natural extension of their father/daughter relationship. Not only that, but by having Anissa’s plots directly correlate with Jefferson’s, she no longer feels like an annoying subplot.

Their training isn’t just limited to the beginning though. Throughout the episode, Jefferson is constantly giving Anissa life-lessons that he learned from his past, and I was amazed by how well these fit in with whatever respective scene they were integrated with, whether it was the two breaking into the morgue or trying to find evidence exonerating Black Lightning from the accusations. 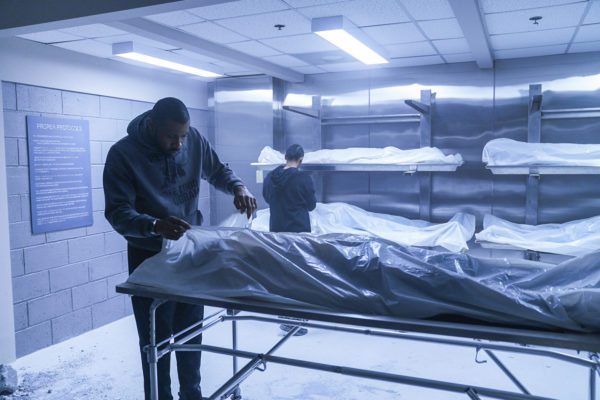 Part of what makes this an enjoyable episode is the narrative is almost entirely focused on the two uncovering what happened to Lady Eve, which allows the writers to introduce thriller elements that would not have worked if we had to keep cutting away from the action. However, I do say “almost” for a reason, and that is that “The Book of Revelations” has a couple of secondary plots to the main one.

The first is continuing Lala’s life as he deals with the fact that he has been resurrected. For something that should have been interesting, I was honestly surprised by how slow-paced and awkward it felt in comparison to the rest of the narrative. Something as powerful as someone coming back from the dead really should have had an entire episode dedicated to it over these small snippets we are exposed to, and it didn’t help that Lala’s Lawanda hallucinations were all too reminiscent of Slade’s visions of Shado from Arrow season 2.

The second is the emergence of Jennifer’s own powers. Now, compared to how Anissa’s whole ordeal was handled, this was done better because of a couple of reasons: one, it was very quick and didn’t slow down the pacing of the episode, and two, it ends with Jennifer immediately going to Anissa for guidance, meaning it could potentially be used to bring the characters closer together.

Elsewhere, we finally learn the truth about Jefferson and Gambi’s origin stories, and how they tie together: Gambi worked for an organization called the A.S.A. that unintentionally created metahumans when a vaccine to stymie civil rights activism in Freeland mutated. The allusions to the Tuskegee Syphilis Experiment were well done here, and made Jefferson’s anger at the end feel justified: not only was he the result of a government conspiracy, but it also cost his father his life since Gambi leaked the information to him. 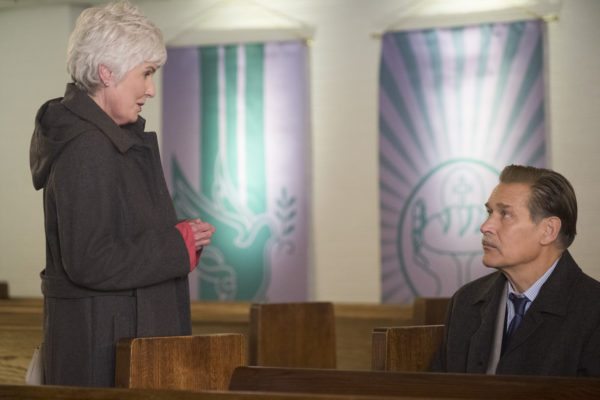 Black Lightning has five episodes left for its first season count. Though I wouldn’t call “The Book of Revelations” a complete turner (it failed to convince me that Greenlight is an actual epidemic for starters) it did leave me looking forward to the remainder of the season, which is more than I can say for some past entries.