If you remember this iconic scene then you will have been fortunate enough to experience one of the most classic games in gaming history.  Another World, also known as Out of This World in North America and Outer World in Japan, captivated a multitude of gamers around the world and inspired a generation of developers and in April it will be coming to the Nintendo Switch thanks to Dotemu and the original creator Eric Chahi.  A new announcement trailer and a developer video can be seen below starring Eric Chahi… 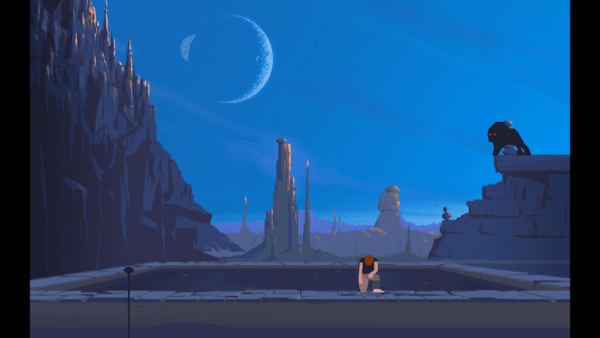 When developing Another World Eric Chahi created an amazing story and an adventure that saw millions completely captivated by.  The intro of the game saw our protagonist Lester Knight Chaykin, a young and talented physicist, drive up to his lab in his sports car on a stormy night and begin work on a new particle accelerator. Unfortunately, a lightning bolt strikes the lab sending Lester to the alien planet and from there players found themselves battling alien soldiers, strange dangerous creatures and a hostile environment.

This updated version of the game will feature three difficulty modes and some spanking lovely HD graphics, although it will be possible to take trips down memory lane and switch between current graphics and those of the original.

Look out for Another World coming to Nintendo Switch next month.