Calum Petrie reviews Gears of War: The Rise of RAAM #3… 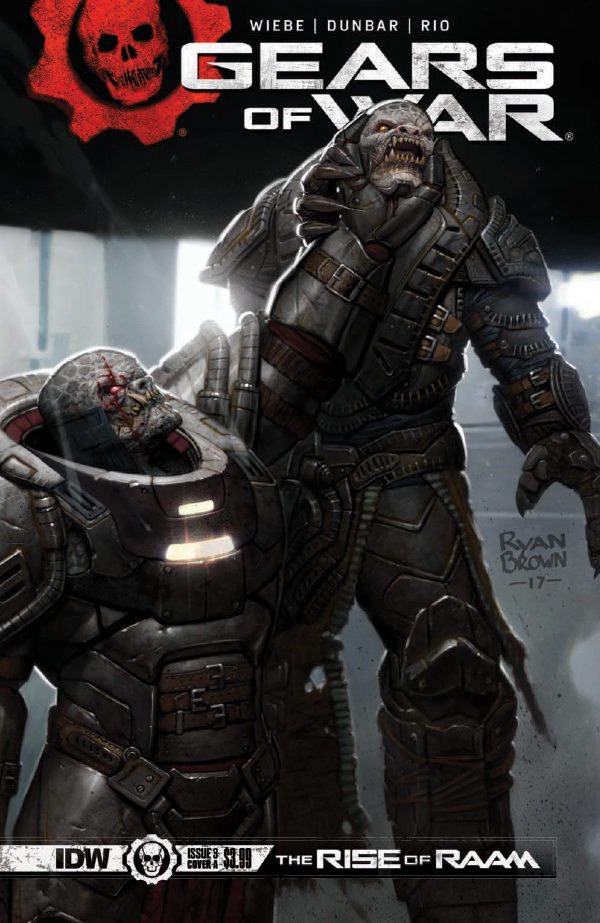 When I reviewed the first issue of the Gears of War: The Rise of RAAM, I had a negative tone about the issue. Two more issues down the line and I am in a more positive attitude towards this series, as the implementation of strategy and hierarchy to the Locus horde has launched a new interest in this part of the Gear of War lore.

Issue #3 focuses on RAAM’s plans coming to fruition, as he has undermined and manipulated his way to his dream position. He now is ready to petition the queen for his ambitious goal of war with the surface. The issue’s story shines through more than the action set pieces – the story actually matters and it is not just relying on the violence that the computer games are so well known for.

RAAM and company have fleshed out into much more compelling characters than I believed possible. If anything, I am more likely to return and play the original games now to see how the story flows into the actual events of the game. Alongside the characters, the history of the Locust horde shines through allowing their beliefs and actions to be humanised. The Locust with Ramm at the helm fight the humans for a chance of survival rather than mindless violence.

Near this issue’s end RAAM has a private audience with the queen, and this is where the overall plan comes to light. RAAM quickly realises that his underhanded, manipulative tactics cannot be played the same way against the queen. She has had her attention focused on the power hungry Locust for a while; she is not to be trifled with and not to be taken for a fool.

The issue boasts more beautiful artwork, sticking to a very bland and boring colour scheme. The art style and colour choices mimic the dank and dark world that these beings are used to living in, creating a setting which readers can associate with.