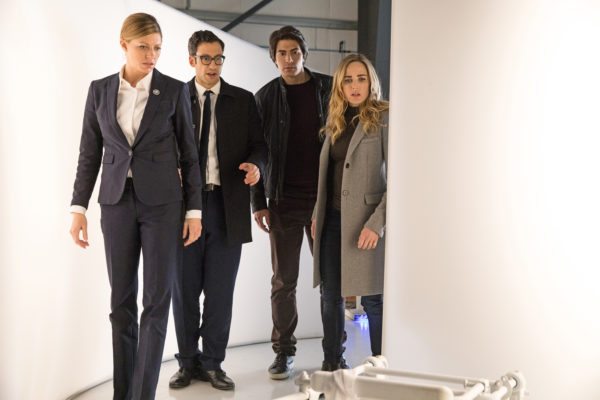 There’s a whole lot going on the Waverider (and off) this week and there’s a lot to unpack. I really credit Legends for going for a lot in this episode but that doesn’t mean it all necessarily works. Let’s start at the top. We know Rip has been trying to keep something about Ava’s past a secret: well, that one’s way out of the bag. Ava’s a clone! I thought at first she was a robot, but I like the fact that she’s just a clone, still flesh and blood and she finds this out with the team so it’s a lot for her to sort out in her own head as well. Why has Rip done this? How did she not know? It’s also very satisfying for Sara as she is attacked by a whole group of Ava’s and is there anything more therapeutic or just damn feeling better than beating up an army of your ex’s?

Gary’s also back in on the adventure and the writers are just fawning all over him. I will say, him and Ray together had some of the cheesiest one-liners in a while and those two as a combo might just be too much goofiness for the sake of the show. Speaking of goofy, Mick and Zari are back together in a strange scenario on ship where she’s Totem training Rory when all he seems to want to do is cook hot dogs and get people to pull his finger. While Zari can often be a complete annoyance, they finally do give time to feature her background as she’s fasting for Ramadan, a sacred Muslim holiday. 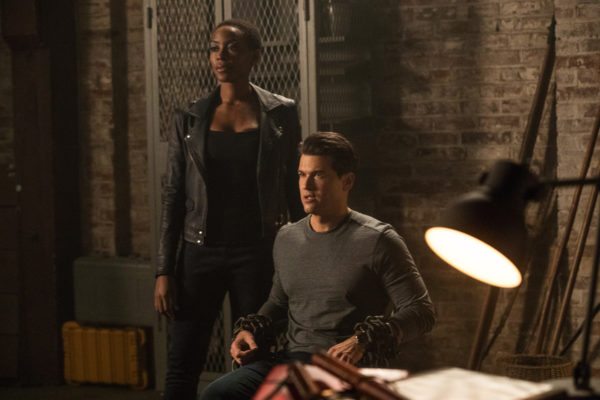 There’s been some major divides online about the end of Kuasa this week; I, personally, respect the character, but I just never saw much that interested me in her. Her connection (and jealousy) to Mari, her sister, over not being chosen for a totem is pretty ridiculous since she has one anyways. She gets a bit of a hero moment but not really enough to make an impact, much like most of what she’s done on the show. Darhk and Daughter show up and cause chaos while reclaiming another totem to their side, bringing Kuasa to an end. She had some chemistry with Nate as the show further pulls back the curtain on what role he plays in this powerful family. I still enjoy Nate and when used properly, like in tonight’s setting, he’s a fun character to watch. His interactions with Darhk and the torture scene were priceless. Oh, one more thing: Amaya, stop with all the wigs!!!