Exor Studios have announced that the first premium piece of DLC for their destructive tower defence shooter X-Morph: Defense.  This brand new DLC is available now on Steam and the Xbox One for a mere £3.99 and will be available for the Playstation 4 on 28th March for the same price.  A new trailer showcasing the DLC’s action is available below… 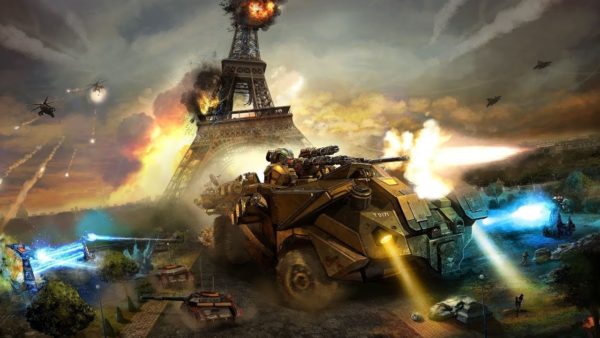 The European Assault DLC features a new mini story driven campaign for players to follow that sees the action take place in a parallel dimension to the events of the main game.  Players will take control of the invading X-Morph and go up against General Duncan Clarke in Finland and Holland before the final battle at the Eiffel Tower in Paris.  General Clarke will challenge newcomers and veterans with new tactics and weaponry including the orbital Frostbite Cannon and the European Massive Assault Vehicle nicknamed the Rhinocharger.

As well as a brand new story campaign, the new DLC will feature 10 new levels to battle through with near endless replayability and a new leaderboard system to show off scores.

Also on the cards for the future is a physical Limited Edition of X-Morph: Defense exclusively for the PlayStation 4 which will feature the game, this latest DLC and all future DLC and an exclusive soundtrack CD.

X-Morph: Defense’s European Assault DLC is available now for the Xbox One and PC.