Frank Oz made his return to the galaxy far, far away this past September as Master Yoda made a surprise cameo in Star Wars: The Last Jedi, popping up in Force Ghost form on Ahch-To to offer some words of wisdom to his former padawan Luke Skywalker. 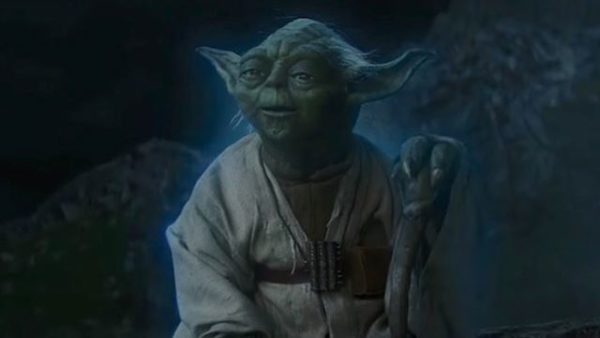 Speaking to IGN, Oz has discussed how his cameo came about, and revealed that he believed he would have just been providing the voice to a CGI Yoda, rather than having to put his his puppeteering skills to use once again.

“Several years ago I had lunch with Rian Johnson, and Rian asked if I could do Yoda in the next Star Wars, and I said ‘Sure,’ because I thought it was just CGI. And then [Lucasfilm president] Kathy Kennedy, who I’ve known for quite a while, who’s fantastic, she called me about it and then I realized that it wasn’t CGI, that it was actually the character. I said, ‘Kathy, do you have any idea what’s going to happen here? This is tough!’ and she said ‘That’s okay, let’s do it.’ So, you know, the workshop made him and everything, and did a fantastic job.”

Oz went on to talk about his return being kept a secret, stating that: “I was told that that was going to be the surprise of the movie, so when I went to Pinewood I had to be a secret there. Although if people saw me… people DID see me, but if they questioned me it would have been fine because I shot Little Shop of Horrors … there, and could have just said I had some meetings for movies. But the idea was to keep me off the credits. I was asked, ‘Could you have your name off the poster?’ and I said ‘Sure.’ So the idea was that that would be the surprise.”

Oz has recently spoken about the possibility of a Yoda spinoff movie, stating that the character would need to be fully CGI as it would be far too difficult to accomplish using the puppet.