A few wees ago we got a look at Hasbro’s Marvel Legends Series replica Infinity Gauntlet from Avengers: Infinity War [see here], and now Hot Toys has unveiled its own life-size Masterpiece Series Infinity Gauntlet from the upcoming Marvel superhero epic. The collectible is available to pre-order now priced at $930, and is expected to ship between January-March 2019; take a look at the promotional images here… 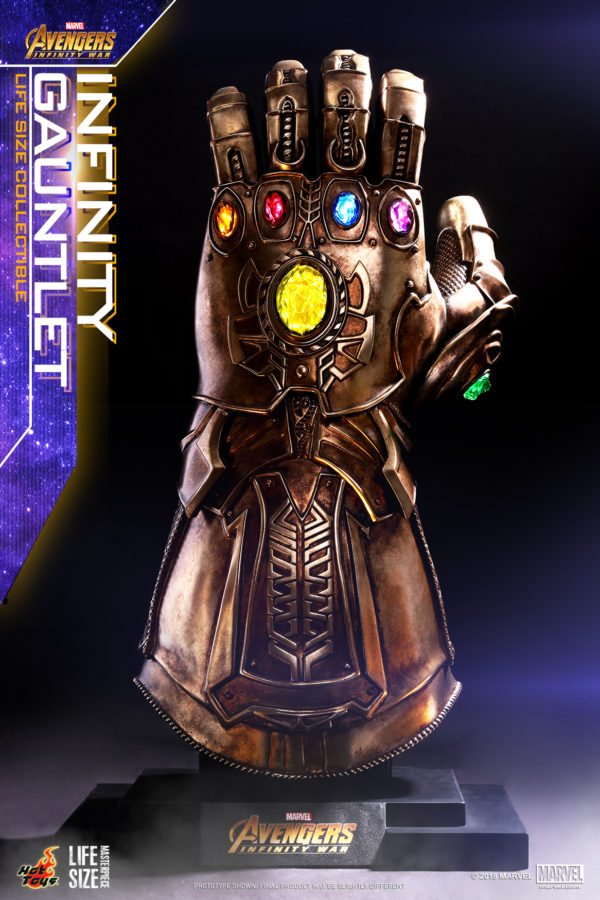 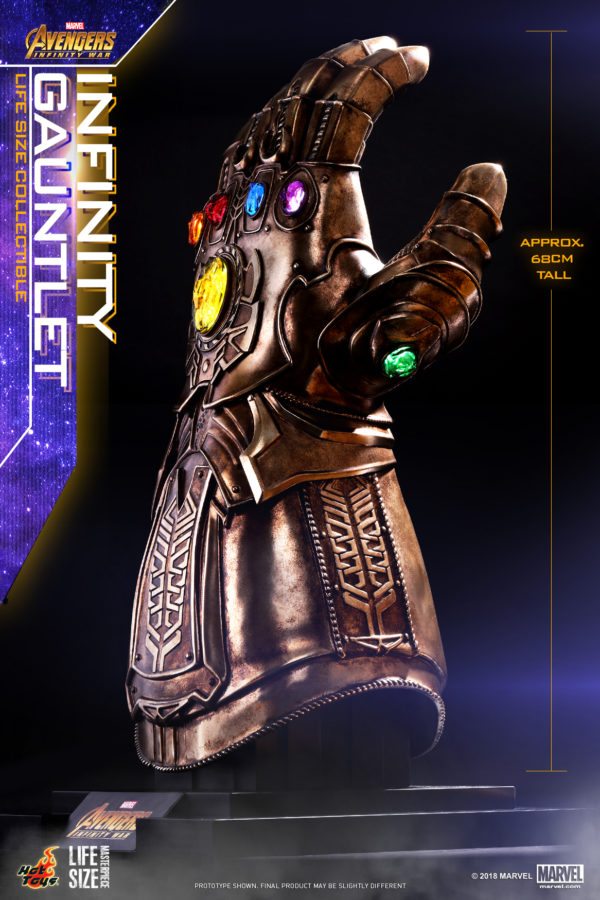 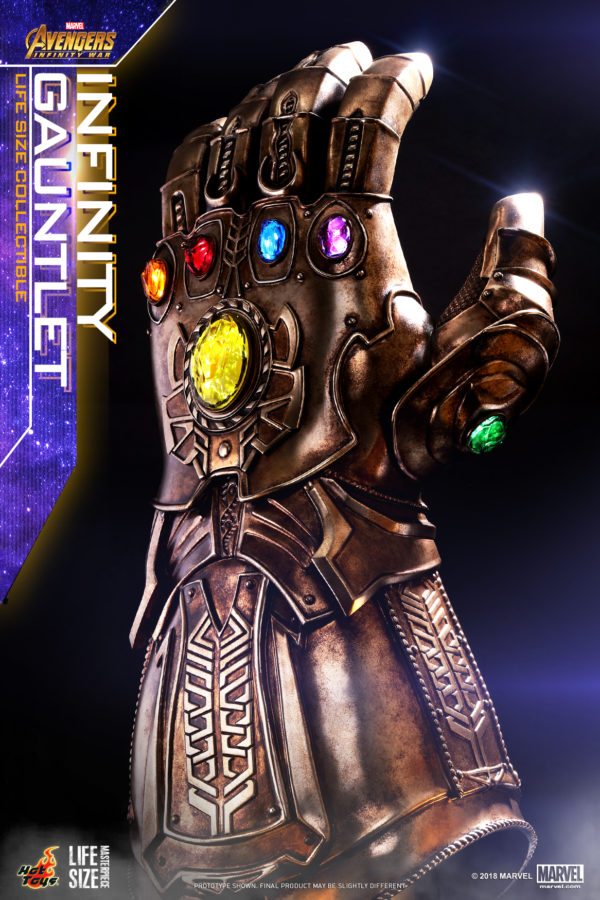 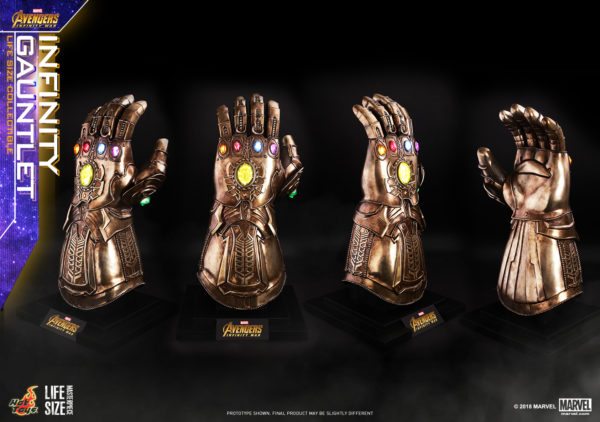 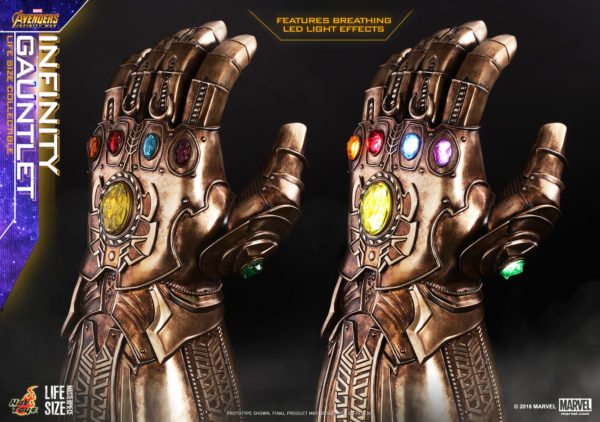 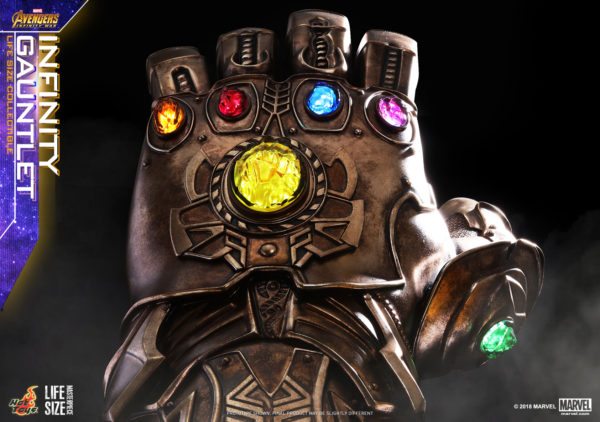 Since the debut announcement of Marvel Studio’s blockbuster, Avengers: Infinity War, fans were instantly thrilled and captivated by the mysterious Infinity Gauntlet, as one who possesses the Infinity Gauntlet shall gain omnipotent power.

Thanos, the newly introduced supervillain, is now in search for the crucial Infinity Stones which include the Mind Stone, Time Stone, Power Stone, Space Stone, Reality Stone and Soul Stone to complete the Infinity Gauntlet.

Sideshow and Hot Toys are excited to officially introduce the invincible Infinity Gauntlet in life-size from the Avengers: Infinity War. The movie-accurate and realistic life-size replica is approximately 68cm tall, and it features LED light-up function with two lighting modes which include light-on effect and breathing light effect; multi-layered metallic painting with weathering effect, and a specially designed custom base with movie logo.

Don’t pass up on the chance to add this gorgeous Infinity Gauntlet collectible to your Avengers: Infinity War collection display!