This third episode settles into the formula that season 2 has been quick to establish. Jessica partnering up with a persistent Trish, while the supporting cast plant the seeds of their own threads for the bigger picture.

‘AKA Sole Survivor’ starts with a lighthearted visit to Trish’s hypnotherapist, with Jessica admitting, “my past is killing me now, so not a lot of options”. It doesn’t go too well, largely because she doesn’t have a “safe place”, but it does trigger a Nightmare on Elm Street style dream in which she’s back in Dr. Koslov’s facility. 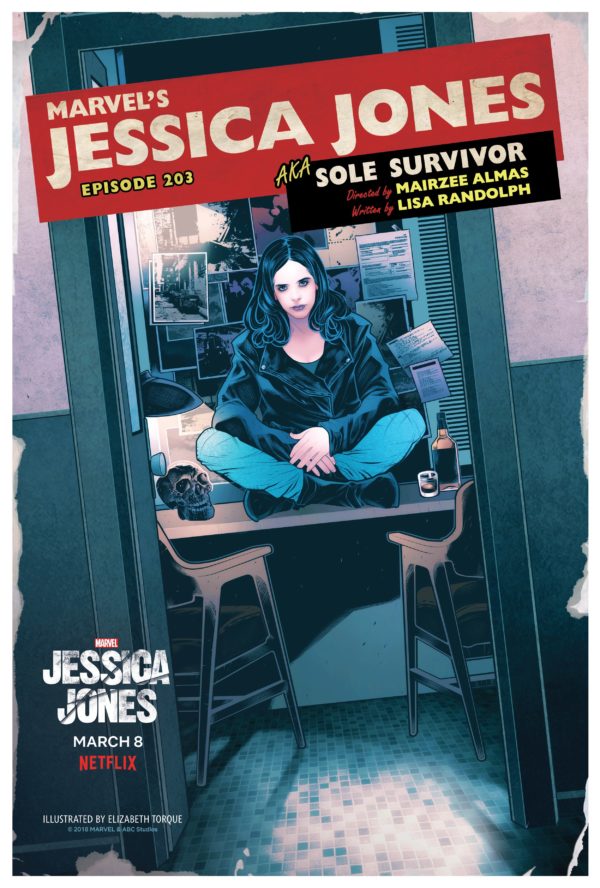 Returning to the hospital, Jessica does a nice bit of contrived detective work that leads to the discovery of a name; Dr. Leslie Hanson. Reluctantly agreeing that the “hypnoquack” might have worked, Trish and Jessica embark on a mission to find the whereabouts of Dr. Hanson, in the hope that they can identify the monster that killed Simpson, and get answers to “17 years of questions, and they’re deep”.

Elsewhere Jerri’s business partners attempt a coup, which prompts a visit from a familiar face, and a heartfelt face-to-face with Jessica. There’s also more landlord trouble for Alias Investigations to deal with, which while the most superficial of the plot threads, at least gives Eka Darville more screen time as Malcolm.

The most enjoyable episode so far, largely thanks to the sparky double-act of Ritter and Taylor, which marks a nice shift in tone from the overly serious teaming of Luke and Jessica from season one. It’s a relationship that’s consistently flip-flopping in terms of who’s the most responsible member of the duo, with Jessica prone to tantrums, and Trish eager to take the lead despite being paired with her super friend. It has the potential to add some real dramatic weight to the remainder of the season when either of them comes under threat. 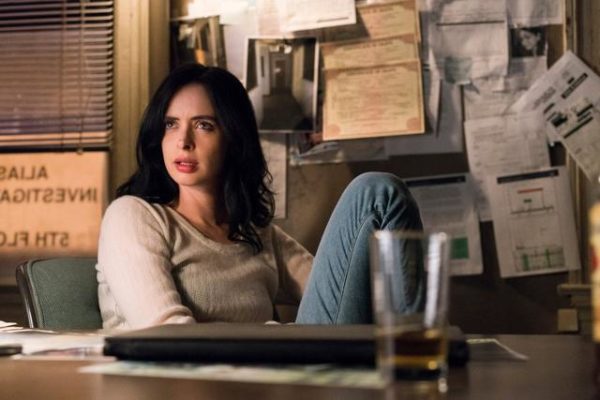 Director Mairzee Almas sprinkles a genuinely involving episode with some neat little touches. There’s an Indiana Jones style jump scare with a skull, a nod to the MCU with an indirect Captain America conversation, and the whole episode is peppered with a jaunty little detective movie ditty. It also achieves something quite rare in this Netflix universe (Daredevil corridor scene aside), by ending with a decent fight sequence in a bar, which leaves you welcoming that next episode countdown clock.