It’s Prisoner Cell Block J during the opening stages of ‘AKA The Octopus’, having been framed by Janet McTeer’s “power woman”, Jessica finds herself in oversized padlock and chains for the murder of Pryce Cheng’s associate. 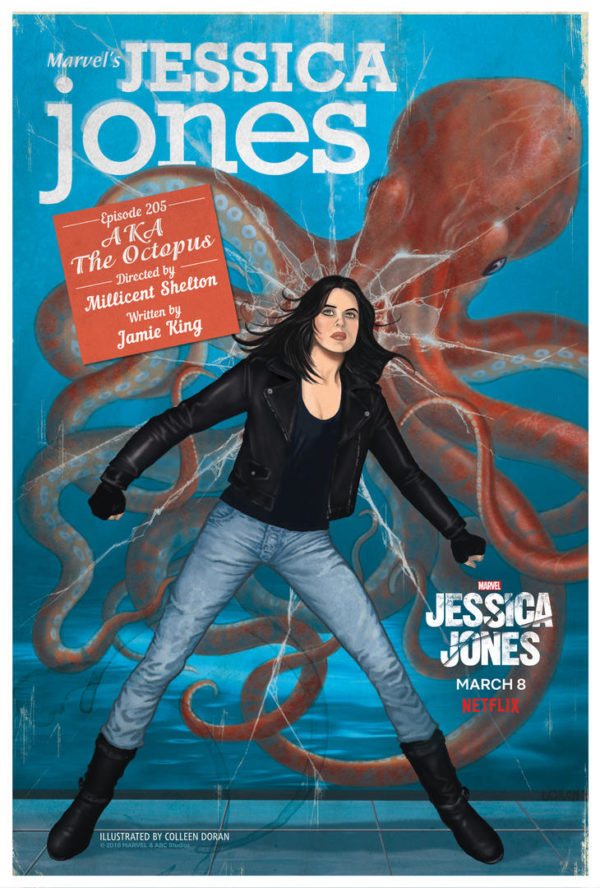 Thankfully Jessica is released relatively quickly, having been exonerated by CCTV, but not before she can establish a reluctant allegiance with one of New York’s finest, who sees the good in Jones during a particularly nice callback to one of season one’s most powerful scenes; the Kilgrave gun-to-the head station stand-off.

Her release leads to another confrontation with the insufferable Cheng, although it does result in one of the season’s most enjoyable put-downs thus far, with Jessica spitting “I don’t give a dead moose’s last shit” in his face. It’s only rivaled by this same episode’s threat to Trish’s mum, whose jailbird jibes are met with “Hows that plant taste? Keep talking if you want to find out?”

It’s an episode in which there’s much realignment of relationships. Our initial sniffyness about the predictability of Griffin’s motivations appears unfounded, and for that we apologise. It turns out that the late night phone calls were planning his surprise engagement to Trish, which also doesn’t turn out the way you might think.

Elsewhere Malcolm is rewarded for his work with a 20% stake in the business returns, as well as the task of babysitting former IGH nurse and key witness, Inez Green. While Jessica uses Oscar’s feels for her as a way of getting a forged nurses ID in order visit a prisoner who has been framed for the murders committed by the “power woman”.

While Jessica is going all Mindhunter, the former test patient she’s attempting to track down is playing piano in what is the creepiest scene of the series so far. Hearing the music, an unsuspecting neighbour invites herself in to have her crying baby soothed by the sounds, unaware of the monster she’s slowly agitating. It’s a tension riddled moment in which Jessica Jones veers into horror territory, and adds a real weight to the threat provided by the bad guys. Compared with her Netflix counterparts reliance on violence as conflict, the scare tactics employed by Jessica Jones are so much more effective. 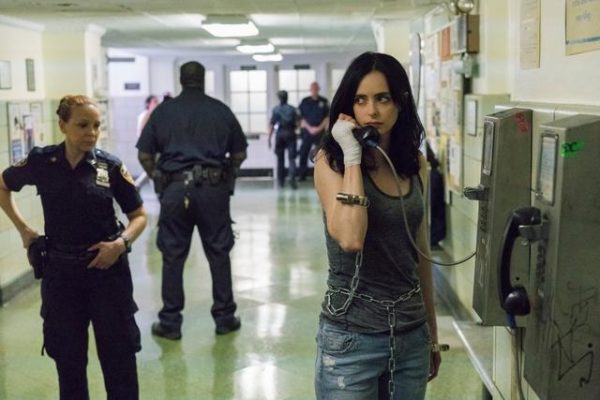 This episode also finds Trish continuing to take hits from Simpson’s Incredible Hulk inhaler, which might be planting the seeds for her eventual transformation into Patsy Walker’s comicbook alter ego, Hellcat, which we’d welcome wholeheartedly.

The relevance of the octopus is revealed in the final scene, in which a less-than-conspicuous Jessica has tracked an IGH doctor to an aquarium, before the “power woman” shows up and smashes a Deep Blue Sea sized tank and we fade to black.

A huge uptick on the last episode, and one that moves Jessica Jones season 2 along in a nice slow-burn (which is the watchword for this run) fashion.