The title of this mid-season episode refers to Trish’s breakout pop-song, which comes across like a Crazy Ex-Girlfriend sketch, and [whisper it] is kinda catchy. Now while that statement might have devalued my opinion on everything you’re about to read, its appearance also signals that we’re in flashback territory for the majority of ‘AKA I Want Your Cray Cray’. 40-odd minutes of revealing origin story and family dynamics that’ll set up the second half of the Jessica Jones season 2 quite nicely indeed. 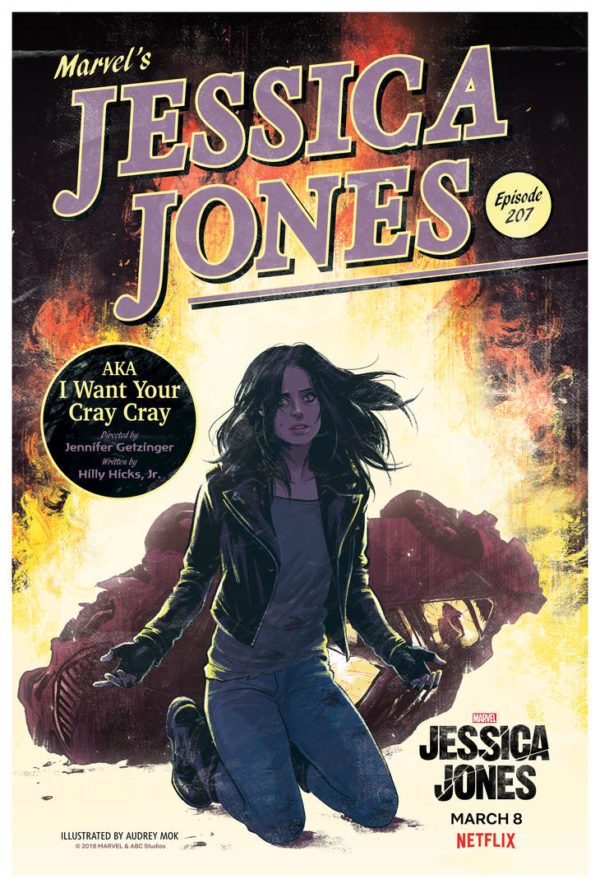 Straight away, as if we hadn’t worked it out already, the murderous Cenobite seen in numerous dream sequences and flashbacks is revealed to be Alisa Jones (Janet McTeer), Jessica’s mother. Much of the runtime focuses on her rehabilitation at the hands of Dr. Karl Malus (Callum Keith Rennie).

Alisa makes for an interesting character, something of a Frankenstein’s monster, fully aware that she isn’t quite what she used to be. Your sympathy with her plight is tested throughout, as we see her carry out the shocking murder’s talked about up to this point. The nurse neck twist is so brutal that even Linda Blair might wince in pain. The best villains, if that’s what she turns out to be, are those wrestling with humanity (Darth Vader anyone?), so it’ll be interesting to see what direction mummy dearest takes.

Running parallel to this, we get some meaty Jessica backstory too, including how she got that leather jacket, plus a burgeoning relationship with a barman named Sterling, which is a slice of happiness that you’re just waiting to go wrong. She’s essentially the same Jessica though, giving her review of Trish’s big break by saying “hearing it at 200 decibels doesn’t improve the song”. In fact, the relationship between the two mirrors the present day status; Trish is spiraling out of control, with Jessica coming to her rescue in a fantastic fist pumping “call me a bitch” moment. 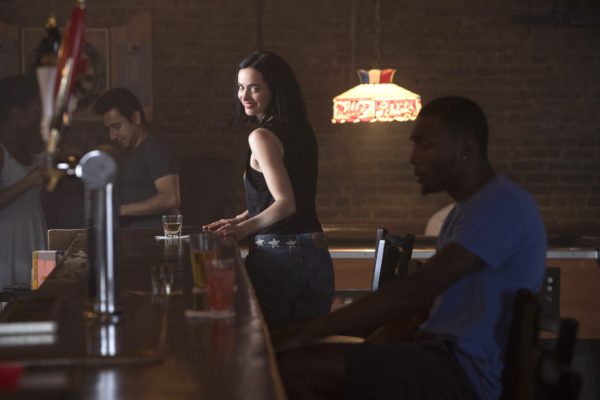 For a while it makes a refreshing change to see a loved up Jessica, giving Ritter the chance to play happy, even if it is only a fractured moment for the Marvel Netflix Universe’s darkest character. Tragedy, and boy is it dictionary definition, layered with Shakespearean levels of deceit, tragedy, waits just around the darkest corner imaginable.

It’s a great episode with which to launch into the second half of what has been an enjoyable, if not entirely gripping first couple of acts. With so much of the Jessica Jones jigsaw filled in by ‘AKA I Want Your Cray Cray’, it should shake up the dynamics of the present day relationships, and hopefully not be a case of the mystery box being poured out slightly too early. It’s a good sign that we’re eager to find out.