The titular shark being Pryce Cheng, who it turns out was the assassin shooting bullets into Jessica’s back at the end of the previous episode, and the monster he was aiming at was everyone’s favourite neck snapping, wall-crawling maternal murderer, Alisa Jones. As has become her role in this season, Jessica is the mature head tasked with maintaining a balance in this topsy-turvy world, telling her mother, “You lay one finger on him and you’re dead to me, again”.

Episode 9 is a contemplative one, in which Jessica and Alisa continue to pick the scabs from their barley-healed relationship. 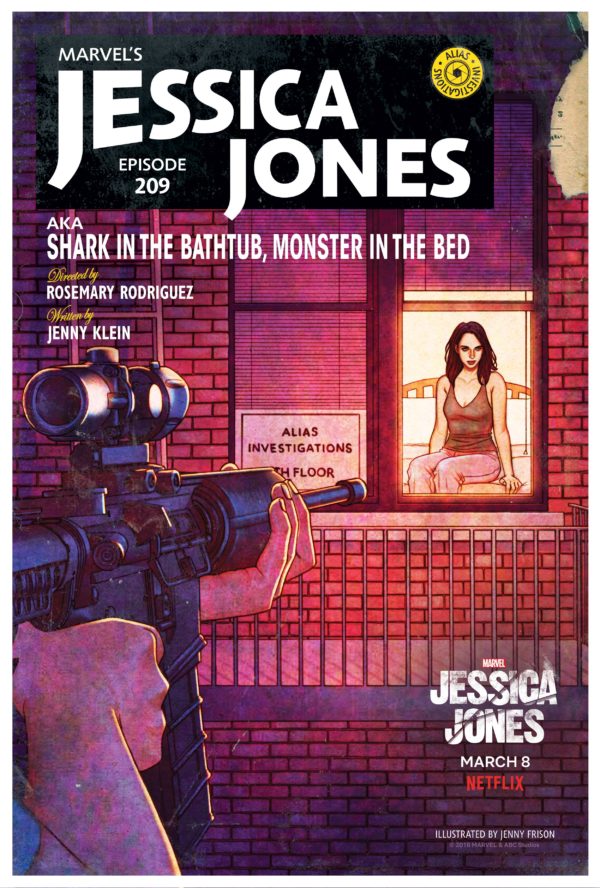 The writing (by Jenny Klein) for Ritter is excellent, perfectly capturing how you’d expect her to deal with her mother’s reappearance, “That thing about having your cake and eating it too. Whoever had that probably didn’t have cake that killed people”. Having said that, however impressive Ritter is at throwing about wisecracks, the look on her face as the burden of blame from her childhood crash is lifted is heartbreaking, and testament to how brilliant Ritter is when asked to express silent emotions.

Acting as a facilitator for the mother/daughter relationship dynamics is the kidnapping of Oscar’s son, which means get Jones and Jones investigates, as the two team up to perform a World’s Strongest [Wo]Man type rescue effort.

It’s also worth mentioning that while Oscar might be bland, his laid back approach to Jessica’s ‘power stuff’ is refreshing. He never feels the need to save her, help her, or patronise her.

In an episode in which Jessica has her mother tied to her bed, a best friend who’s off her head, and a bullet hole in her back, it’s no surprise she demands to know “When do I get to be normal? When do I get to have a Goddamn life?” 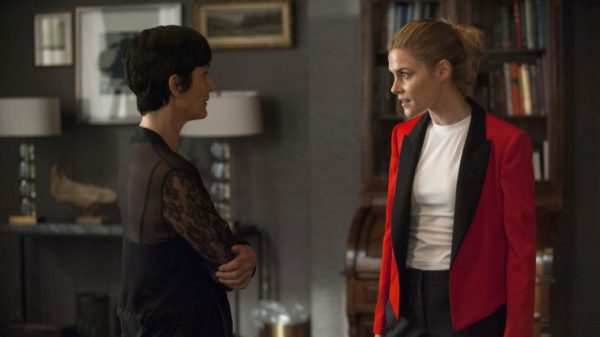 Not quite yet is the answer, because Trish is on the warpath. Rebuffed by Jeri when trying to get Inez on Trish Talks, she flips out on air at the frivolity of discussing the dangers of gluten on the phone in. Surprisingly this leads to a job opportunity, but not before Popeye’s spinach has run out, and Trish faces the prospect of withdrawal symptoms that’ll be worse than this season’s perennially red eyes.

It’s an engaging episode, but once again character inconsistencies come into play at a vital moment. We’ve just spent the last two episodes seeing Jessica and her mother establish an uneasy bond, yet Jessica decides to listen to the reasoning of Cheng, a man who has tried to have her arrested, and shot at her, when she decides to call in the police. It just doesn’t ring true.

That’s a minor quibble though, because despite the emotional payoff of this story’s “Martha” moment, the big question remains, why haven’t they addressed the issue of Spencer?