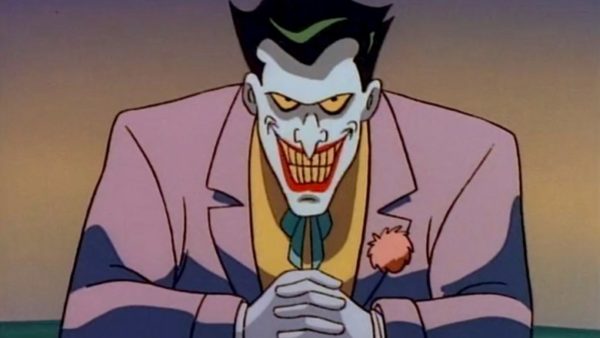 There have been many a memorably version of Batman’s arch nemesis on both big screen and small, but one of the absolute favourites of fans has to be Mark Hamill’s spin on the character in Batman: The Animated Series.

Hamill’s Joker voice is instantly recognisable and apparently he was influenced and inspired by comedian Jay Leno and classic horror actor Claude Rains:

“I would imitate the old Universal horror films and I realize, in retrospect, I wasn’t doing it consciously, but Claude Rains as The Invisible Man…[imitates Rains] ‘Crazy? You think I’m crazy? I’ll show you who’s crazy!'” Hamill revealed to Sway’s Universe. “So he had sort of the grit that I incorporated into it and I said to voiceover people later, I would do a character, and I would say, ‘It’s sort of like Howard Cosell meets Jay Leno, is that a cheat?’ And they said, ‘No, we do that all the time.'”

Hamill further explained: “People don’t even realize, you take elements…I don’t do a very good Jay Leno, but just [imitates Leno], ‘Ya know, that cadence,’ And I’ll use people all the time,” the actor admitted. “I have lots of influences.”

Hamill also discussed the flexibility that a character like the Joker provides: “I would say, with the Joker, he’s different every time you play him. You try and play him like the first time you’ve ever done it,” Hamill said. “In one script, he’s meant to be really menacing and another was a parody of Thelma and Louise where Harley and Ivy teamed up and Joker was left shuffling around the apartment in furry slippers and totally cuckolded, so he was played as kind of a goof in that one. So he’s different every time. That’s the way I look at it. But, boy, I’ve had so much fun doing it.”

Is Hamill’s Joker your favourite? If not, who would be your pick for the ultimate rendition of the DC villain? 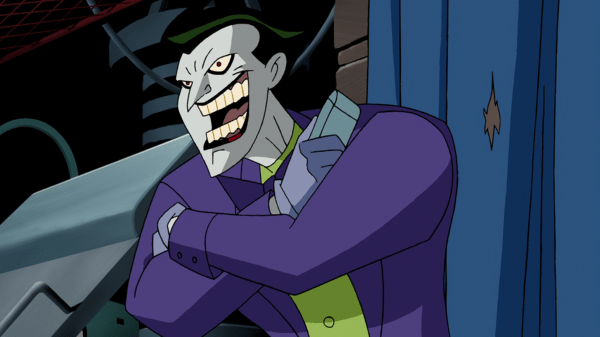