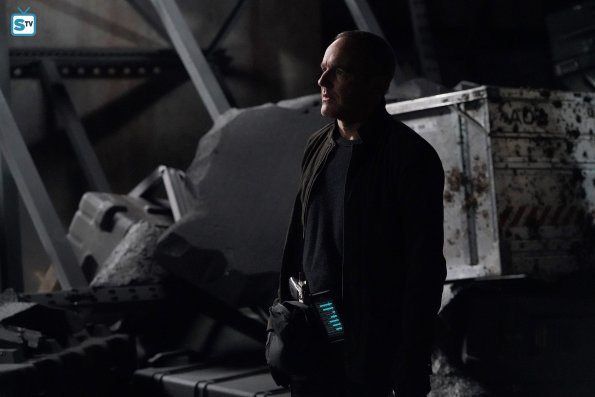 Marvel’s Agents of S.H.I.E.L.D. reaches its milestone 100th episode and manages to deliver some emotional confrontations and new revelations all the while harkening back to the show’s roots. This definitely worked for the most part; some pacing issues aside the heart of this episode was firmly in the right place and I am thrilled we got the episode we did in the midst of the turmoil currently surrounding our characters.

From the show’s opening minutes it was clear there wouldn’t be any preamble; we are immediately made aware of the exposed dimensional rift caused by the destruction of the three monoliths and further teased with the appearance of Lash. Cue a necessary explanation from Fitz and we begin episode 100 with a plot seemingly ripped straight from the comic book pages. A fear manifesting dimensional rift is a wonderfully fun mechanic to play with and allows for characters such as Hive to make reappearances on-screen without taking from the current drama. The stakes are quickly established as the team plans to close the rift, and Coulson, naturally, opts to sacrifice himself to save the world. This prompts Daisy to try stop him, as Coulson for many people is the very embodiment of S.H.I.E.L.D. and without him it will fail.

Coulson’s insistence on going and palpable need to believe in something greater really landed well. Clark Gregg gave an extremely moving performance and perfectly conveyed how this man is losing his grasp as Daisy berates him. Their relationship is one that this show has handled beautifully and both performers brought their best this week. Thankfully, the truth is finally revealed as the rest of the team learns that Coulson is dying and that he hid it from them for so long. It truly is a testament to the cast and writers of this show that this scene had the palpable feel of a family losing a member. I remember my early criticisms of season 1 were that the show was insistent on telling us that this team was a family and how much we should care. Now, over 100th episodes we have seen this family form allowing for a much more satisfying emotional payoff this week. 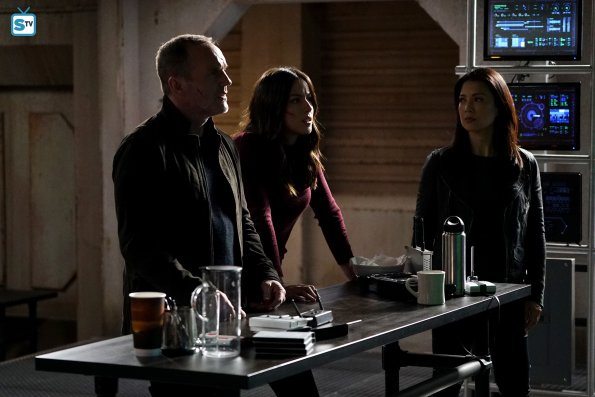 Considering Yo-Yo’s butchering was the biggest shock of last week, Elena only had a few moments in The Real Deal. The strongest of which for me was Mack’s insistence that Yo-Yo just say the word and he would carry her out of there and never look back. This was made more bittersweet by Yo-Yo’s dismissal and decision to stay and help. Knowing this will likely result in Mack’s death and her imprisonment with Kasius speaks volumes to Elena’s unwavering courage and determination to fight the good fight. In hindsight we did see her back on her feet in a flash forward with what must have been bionic arms so I think we can assume Elena will be back in action eventually, I just hope it doesn’t take Mack’s demise to spur her into action.

It was great to see J. August Richards back as Deathlok too, this show started out with Mike Peterson’s story so to see him return and save Coulson in such epic fashion was a nice little moment of fan service and helped bring the show full circle. As a perfect manifestation of Coulson’s deepest fears the writer’s toy with the idea that all of this is taking place in Coulson’s head and that he has not recovered from Loki’s wound. The highlight of this for me was how it started to rattle Phil, the idea that his actions are meaningless but most hurtful for him is the notion that the people he’s met, his family, are not real. This scene was an ideal showcase for Coulson’s character and directly addressed the events that birthed this show.

The decision to close the episode out with Fitz and Simmons’ wedding was a great choice; as Coulson said, it was stupid to delay it any longer and tempt disaster. The brief ceremony itself was perfectly understated; anybody who has been watching this show knows these two belong together, what more needs to be said? Then, in a surprisingly moving moment we learn that Deke is the grandson of the newlyweds. Confirming this during such a beautiful scene added a huge amount of heart to what could have been a far less impactful twist. 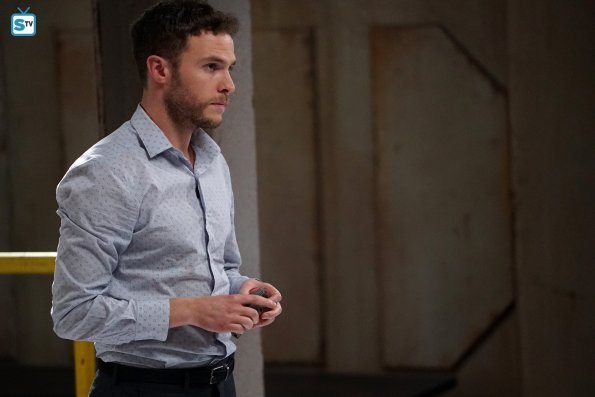 The Real Deal was a fitting instalment to mark Marvel’s Agents of S.H.I.E.L.D.’s 100th episode sending us into the second half of the season with Coulson’s impending death now out in the open. And while a search for a cure will likely become the team’s main focus going forward, another clash with General Hale and Ruby is all but inevitable.