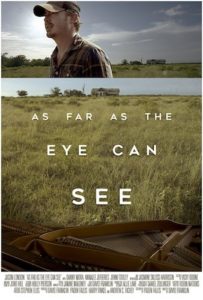 Jack Ridge is a former piano prodigy living on a farm he has let go to seed. He’s living in the past, but the future is coming for him. 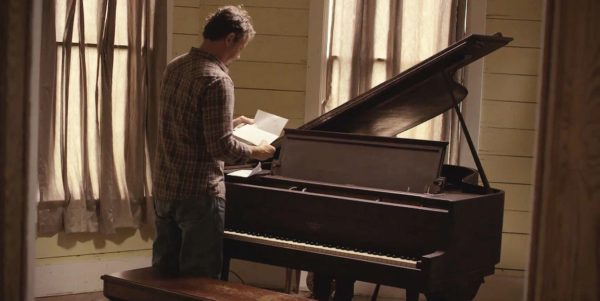 Southern hospitality is ever so present in shorts director David Franklin’s debut feature As Far as the Eye Can See, a meditative and nuanced look at the past and carrying on family legacies, all filtered through a once semi-popular but still talented piano player named Jack Ridge (Jason London putting in a standard but serviceable take on the tortured musician persona, and who some may remember as Pink from Dazed and Confused over two decades ago). Jack is holed up in the Texas farmhouse previously owned by his grandfather and passed down from generation to generation, moping around the land and dealing with a bruised fist courtesy of punching the wall of disappointment and frustration over his wife leaving him.

Secluded away in the outskirts of town, a short drive away is a local piano competition (that Jack once famously won ages ago propelling him to prodigy status, but obviously still coming away from the popularity boost with unfulfilled potential) that he is advertised to perform in. Considering that every other scene has the mild-mannered, existential crisis suffering local celebrity shoving his hand into any ice compartment he can find, it can safely be said that the rare performance will be steeped in physical pain as well as mental agony. Despite Jack’s recognition among the town’s inhabitants, he is embraced warmingly as a friend above all else, not idolized in a sycophantic tone, which is important for the film’s atmosphere and goal to provide that genuinely comforting vibe. People ask for updates on his career and the future, but they are just as quick to also treat his presence as a deeply valued reunion. 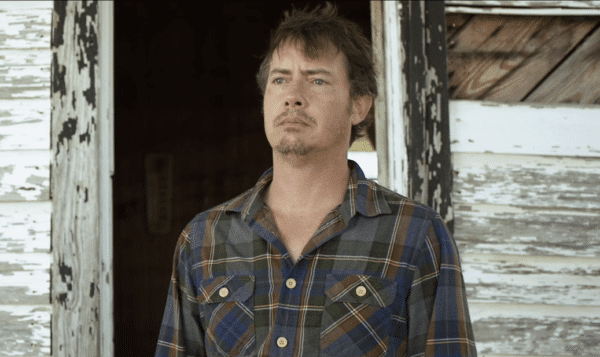 Contributing to the supporting cast of characters is a Mexican fellow taking up piano lessons from Jack, a young teenage girl who also has musical ambitions that is interested in caring for his unkept garden, a diner owner who continues to display a preserved slice of blueberry pecan pie that has emerged as the winner of the competition for a respectable seven consecutive years in the running, and Jack’s wife (they only share a few scenes together with the script unconcerned with why the couple drifted apart, and although some details would be welcome, it also contains very little importance to the overall narrative). Only a few actually make it a point to insert themselves into Jack’s life, mainly bonding over shared family-related issues, and generally being alone in the world.

Admittedly, the film doesn’t define these characters in a complex way, but their interactions and performances are all believable. There are themes regarding letting go of the past and not limiting oneself’s to one particular area, especially a small town where everyone is familiar with each other. Much of this intelligently realized by making use of that aforementioned famously delicious pie. Although, getting there can feel a bit monotonous and repetitive even at the short running time of 87 minutes (trucks breaking down feel conveniently timed signaling amateurish writing, but to compensate that is a flattering visual touch capturing everything from the seemingly empty town to one-way roads surrounded by green pastures well… as far as the eye can see. The few piano compositions that Jack gets to play are also well done and fit into the soothing flow of the story. For a film about music, it’s also worth pointing out that As Far as the Eye Can See balances those beautiful melodies alongside drama aware enough so they blend well together. In the way that special effects are supposed to serve the story, that is essentially what the music does here. 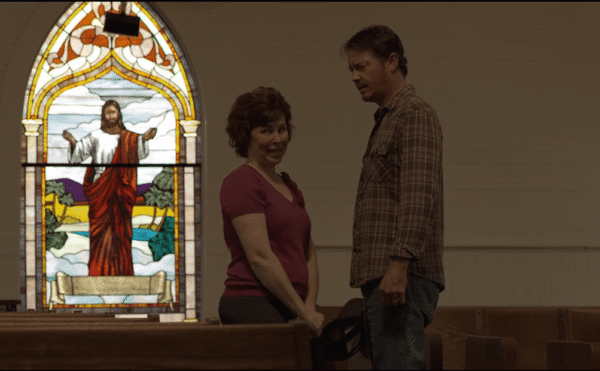 All around, this is simple, finally acted, peaceful, slice-of-life filmmaking with an authentic mood. The darkness clouding Jack’s life is in need of more exploration though, as rooting for someone’s future is easier with a stronger understanding of their background and shortcomings besides the vague labeling of an artist yet to realize his full potential. Regardless, this is a competent debut from David Franklin that works; residents of Texas or the general South absolutely should check it out.