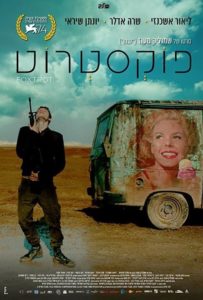 A troubled family faces the facts when something goes terribly wrong at their son’s desolate military post. 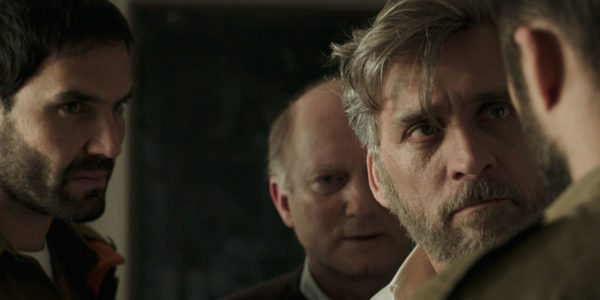 From its opening frame, it’s evident that Foxtrot (written and directed by Samuel Maoz of Lebanon reverence) is boasting elegant photography (shot by frequent collaborator Giora Bejach, who is the real star of this work of art) servicing the narrative of a grieving family mourning the untimely loss of their son, a sergeant in the Israeli Defense Forces named Jonathan. Mother Daphna faints and is sedated upon hearing the news directly after the military knocks on the door, while father Michael (accomplished and consistently busy Israeli actor Lior Ashkenazi) enters a state of shellshock so transfixing and startling (the effects of these expressions are compounded by an unbroken shot seeing the soldiers talk Michael through a number of things related to coping with sudden and traumatic loss) with him rendered utterly speechless for such an extended period of time that I genuinely began to assume that Lior would have no lines at all in the film, being strictly dependent on body language and facial expressions to portray his agony and suffering.

This actually isn’t the case at all, but it’s a testament to Maoz’s dramatic sensibilities as a filmmaker and Lior’s skills as a performer. The cinematography assists this emotion, often closing in on Michael’s face and showcasing a claustrophobic environment all while the camera tracks him from a variety of different perspectives, ranging from overhead to ground level (cutting off the upper half of Michael’s body), and sometimes swirls around in a circular motion. Backgrounds are also populated with artistic drawings that may seem meaningless at first glance but tie into Jonathan’s hobby as an illustrator. Near the end of the film is a shot where Michael is sitting down opposite the same drawing that has been in focus quite a few times throughout the movie, yet now is angled crooked, and one can’t help but feel it is symbolic as to the dysfunction that Jonathan’s tragic passing has brought onto the whole family. 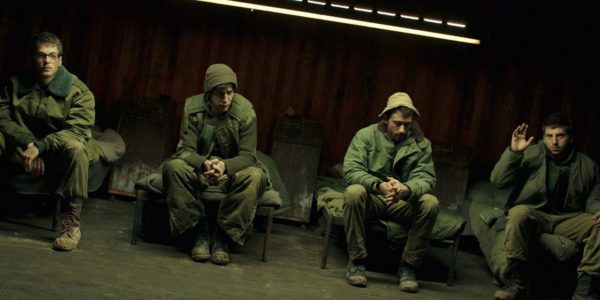 Arthouse flourishing aside, Foxtrot does also feature a rather straightforward and heart-wrenching story packed with unexpected turns. Maoz’s script is penned in a classic three-act structure that allows the film to shift rather gracefully between Michael and his son Jonathan who is stationed outside a dirty and dumpy outpost. The squad he is a part of eats and sleeps inside of a shipping container seemingly gradually sinking further and further into the mud as days pass by (there is also some fantastic deadpan humor where the soldiers time how long it takes for a can of food to roll downhill from one end of the container to the other), however, what’s most striking is how mundane and boring their job is. They don’t do much besides investigate the occasional traveling Palestinians (done so with cumbersome and clunky technology), share stories, and raise the crossing gate for camels, which happens more often than one might assume. It’s a hilarious sight in general.

Due to the slow-moving and uneventful nature of their positions, it’s again extremely welcome that aesthetically, Foxtrot is a visual spectacle. Typically, that’s a statement reserved more for summer blockbusters, but it’s impossible not to think that the sentiment applies here. Scenes are framed through gaping open holes inside crumbling walls, zoom in on various objects, and explore everything from the sky to the ground. Even the outpost itself leaves an impression, both in part due to shot compositions and identifiable traits (for example, background checks are performed inside a rundown looking blue ice-cream bus that juxtaposes nicely with the heat-drenched outdoor areas). 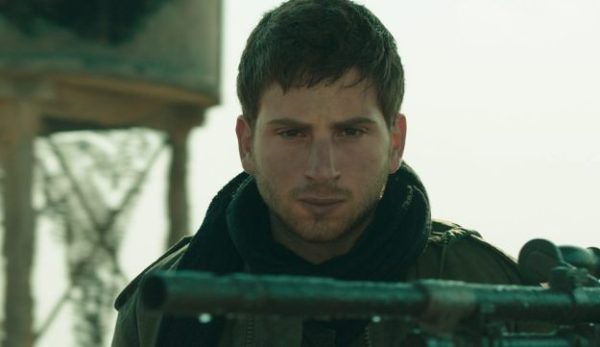 The three-act structure also allows Maoz to easily get away with tonal shifts (as mentioned, the first third is more about shock and awe before morphing into the amusingly idiosyncratic and equally downbeat lifestyle the soldiers lead), as he also uses it to his advantage to keep the story unpredictable as it unfolds. There are revelations about both father and son, all as Foxtrot continues to morph and defy predictions; by the end, Michael’s wife Daphna (Sarah Adler) has a lengthy critical dialogue exchange with him that once again reshapes the film in a manner that requires the experience to be judged from a new approach. Under the assumption that death, regardless of sudden or expected, takes a while to truly sink in, the third act of the film is where the characters find some level of acceptance and decide how to move forward.

Foxtrot isn’t just confined to a family drama, though, as it’s obvious that the filmmakers aren’t exactly the biggest fans of the Israeli Defense Forces’ authorities. Their depiction is cruel, sometimes bordering on inhumane, especially in the form of a General built like a boulder who rules under shady operations. Too much shouldn’t be given away, but this is just as much a story about soldiers as it is one family, punctuated by a remarkable ending. Foxtrot will definitely be labeled as glacially paced by more impatient viewers, but there is a hell of a lot to chew on from family, political, and military perspectives. 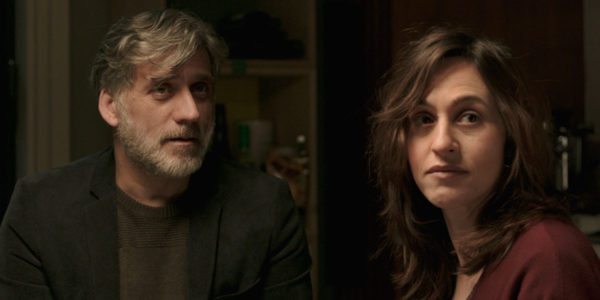 Somehow, a casually traveling camel or soldiers breaking out and doing the foxtrot dance are just memorable moments instead of defining moments of the film. Every shot and conversation has something important to say; Foxtrot will stick with you just as much as any American military feature. It is likely that at the time of this review’s publishing, the film will be making its way into smaller theaters whether it wins the Academy Award for Best Foreign Feature or not, but it should be sought out regardless.

Robert Kojder is a member of the Chicago Film Critics Association and the Flickering Myth Reviews Editor. Check here for new reviews, friend me on Facebook, follow my Twitter or Letterboxd, check out my personal non-Flickering Myth affiliated Patreon, or email me at MetalGearSolid719@gmail.com.