Ahead of its UK release next month, a new poster and trailer have arrived online for the disaster thriller The Hurricane Heist. Directed by Rob Cohen, the film stars Maggie Grace, Toby Kebbell, Ryan Kwanten, Ralph Ineson, Randy Couture, Melissa Bolona, and Jamie Andrew Cutler; check them out here… 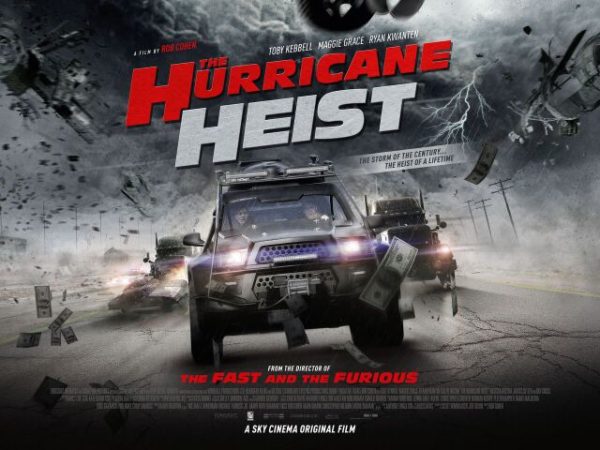 As an unstoppable and deadly hurricane bears down on the Gulf Coast of the US a mandatory emergency evacuation is underway clearing the city. The storm proves to be the perfect cover for a team of hackers to infiltrate a vulnerable Treasury facility and steal $600m.

The Hurricane Heist is set for release on April 6th in the UK.