Image Comics announced that bestselling writer Rick Remender and legendary superstar artist Bengal’s hotly anticipated Death or Glory will be arriving in stores this May. Check out a first look preview and trailer below… 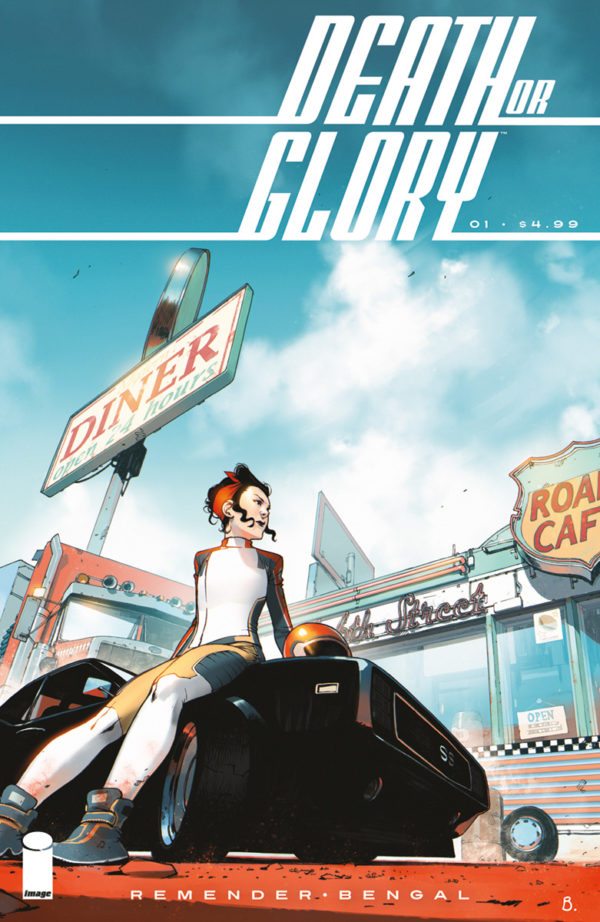 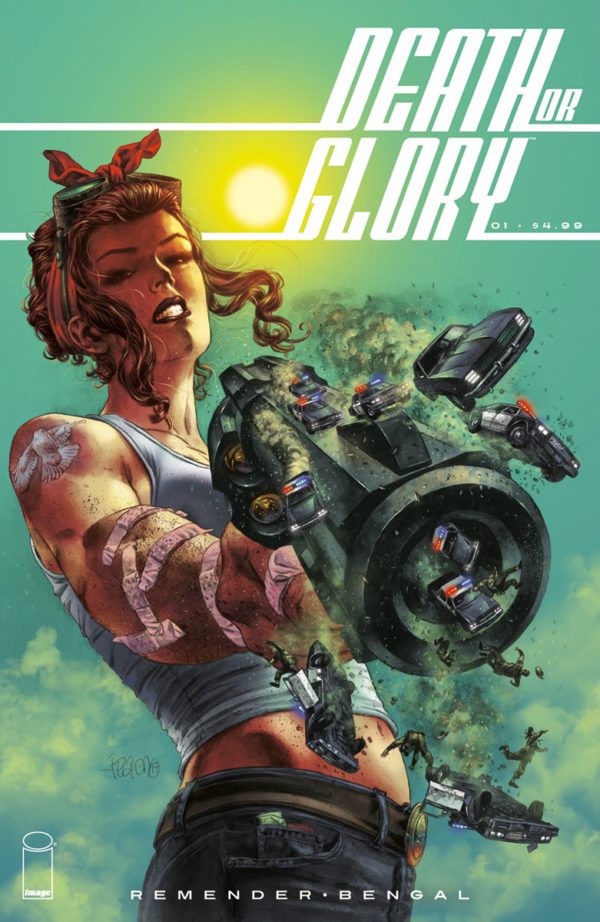 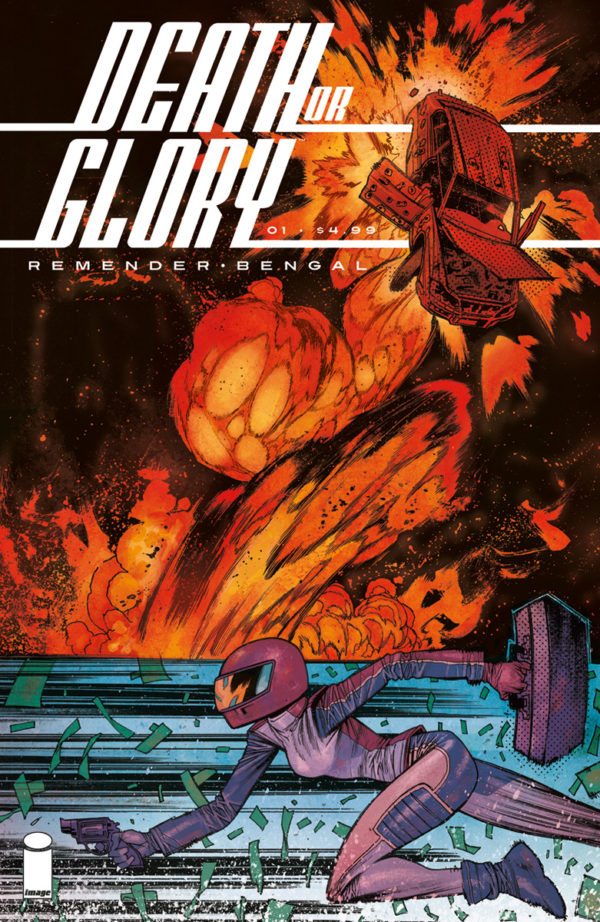 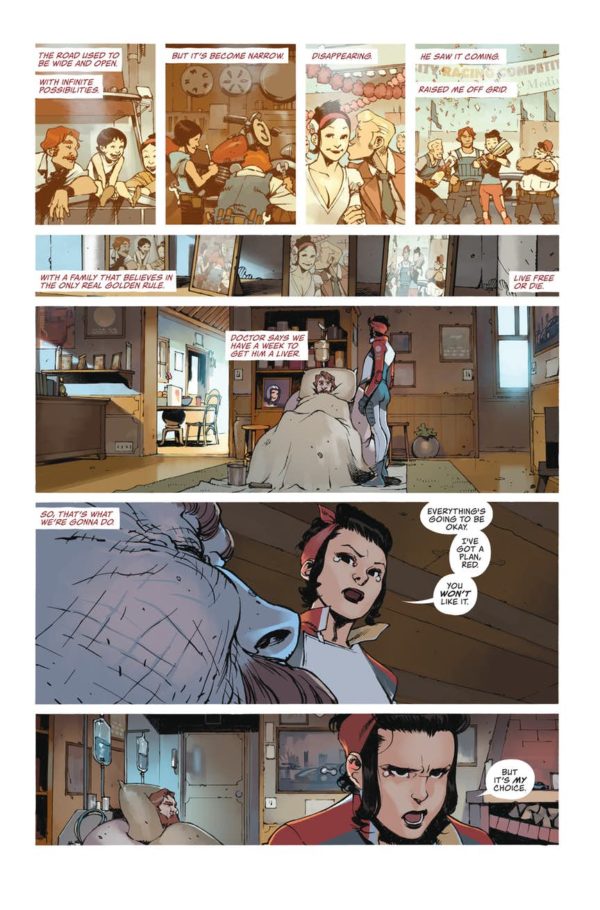 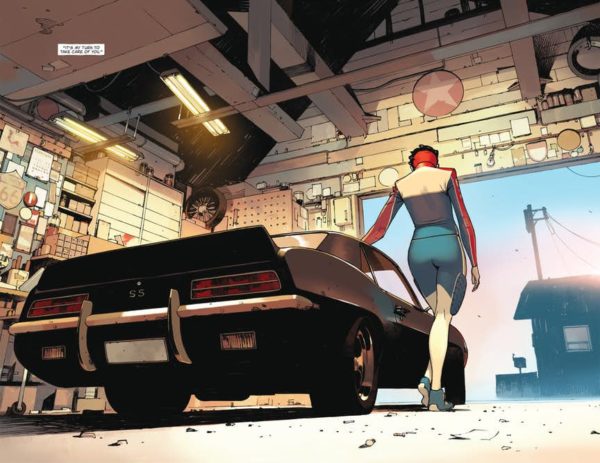 In DEATH OR GLORY, readers meet Glory, raised off the grid in a convoy amid truckers—the last men and women fighting for true freedom on the American open road. Now, in order to pay for her beloved dying Father’s surgery, Glory has three days to pull off four dangerous cross-country heists with mob killers, crooked cops, and a psycho ex-husband all out to bring her in or die trying.

“It’s very grounded,” said Remender. “There’s a little bit of a heightened reality in that Glory is going to upset a number of different criminal organizations, and colorful shady figures end up in pursuit. We’re also looking at the effect the dying trucking industry, all the jobs self-driving cars will make redundant, its effect on her family and friends. Human resistance against the technology that’s eating up so many of our jobs…Glory’s world is crumbling in more ways than one. I really romanticize the idea of a convoy, this band of brothers and sisters, the last free people in the country, and now their way of life and that piece of the American mythology of the highway is in jeopardy.”

“There was this woman, who was defined very differently at first, who evolved as ideas kept going between Rick and me,” added Bengal. “That’s how Glory was born, and everything clicked and made sense as the story developed. Rick structured her world so perfectly, so clearly, that I could dive into it even though it’s a story that takes place in an environment I’ve never visited in person, with people I’ve never met. I tried my best to use both the lore of America’s free truckers from movies and books, and the ton of realistic references I could find, or that Rick shared with me. Add to that my love of cars, and we were rolling! I used my humble skillset to try to render a dynamic, efficient storytelling, literally like filming an action movie. I hope it will work and readers will be taken by the flow!”