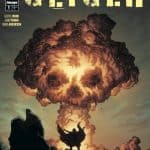 Fresh from DC Comics’ Doomsday Clock event, creators Geoff Johns and Gary Frank are set to reunite for Geiger, a new series from Image Comics which is set to launch in the Spring. “Gary and I have been secretly working away on Geiger since we finished up Doomsday Clock earlier this year and we couldn’t […] 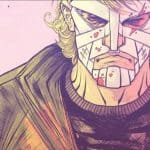 Allnighter, a newly-formed production company led by the former leadership team of Hivemind (The Witcher, The Expanse), has announced that it has acquired the rights to Image Comics’ The Strange Talent of Luther Strode and is teaming with series co-creators Justin Jordan and Tradd Moore to develop a feature film adaptation of the seminal action-horror […] 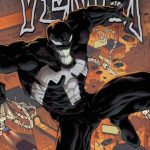 Diamond Comic Distributors has released details of its direct sales figures for August 2020, with Marvel Comics leading both the comic book and graphic novel charts with Venom #27 and Deadpool Classic Vol. 1 respectively. And, with DC no longer under Diamond for its distribution, Marvel completely dominates both charts – the only non-Marvel title […] 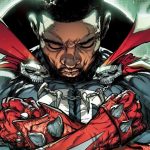 Image Comics President Todd McFarlane is set to pay tribute to the late Chadwick Boseman this month with the cover to Spawn #311 honouring the actor who brought Marvel’s Black Panther to life on screen. Check it out here… “Given the limited amount of minority characters in the comic industry today that are considered major […] 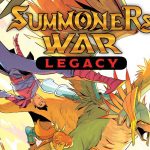 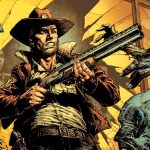 Image Comics and Skybound Entertainment have announced that The Walking Dead is set to receive the Deluxe treatment, with Robert Kirkman and Charlie Adlard’s historic comic book series set to be reissued in full colours by Dave McCaig. Check out a preview of the first issue here… The Walking Dead Deluxe #1 will go on […] 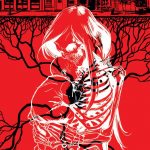 Image Comics and Skybound Entertainment have announced the upcoming launch of Stillwater, a new ongoing horror series from Eisner-winning writer Chip Zdarsky (Sex Criminals) and artist Ramon K Perez (Tale of Sand). Check out a first look preview here… “I’m thrilled people are finally going to see Stillwater! This idea’s been percolating in my for […] 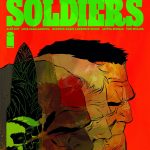 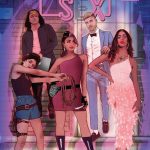 Image Comics has announced that it is set to collect the first seven issues of notorious kink writer Tina Horn’s SFSX (Safe Sex), a social thriller about sex, love and torture, in trade paperback form this July with the release of SFSX (Safe Sex), Vol. 1: Protection. Set in a draconian America where sexuality is strictly […] 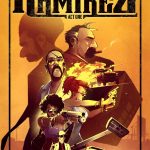 Described as “Once Upon a Time in Mexico meets Pulp Fiction“, creator Nicolas Petrimaux’s acclaimed original graphic novel Gunning for Ramirez is set to be made available in English for the first time this September courtesy of Image Comics; check out a preview here… What if the deadliest assassin in all of Mexico, a man […]